Chinese video platform Bilibili fell 2.23 percent to HK$790 ($101.6) per share at the opening bell in its secondary listing in Hong Kong on March 29 amid what the company's founder calls a "black swan event".

The stock fell as much as 6 percent after the opening bell, falling below its offering price of HK$808 per share. As of the market close, it was down by 0.99 percent, giving it a market capitalization of about HK$302 billion. 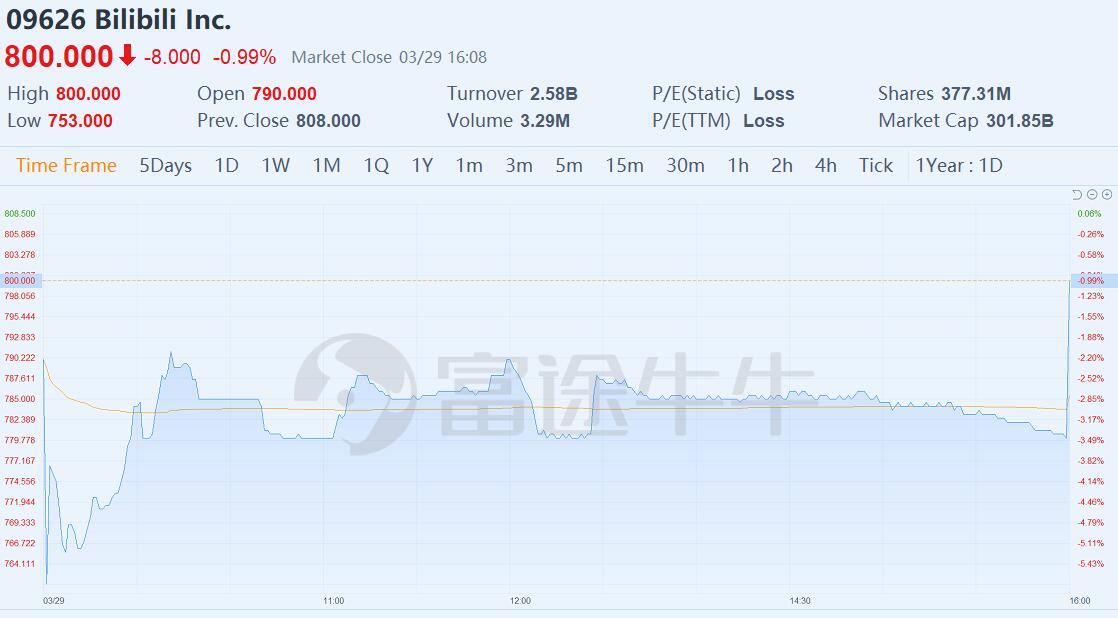 The company's secondary listing in Hong Kong comes at a time when many Chinese technology stocks trading in the US stock market have plunged.

China concept stocks in the US stock market generally plunged on March 24, with most down more than 10 percent, after the SEC passed the Holding Foreign Companies Accountable Act on Wednesday.

The subsequent selloff in those stocks didn't end there, with even bigger declines on Friday, allegedly linked to positions in legendary investor Bill Hwang's Archegos Capital being forced to close out by some banks.

Regarding Bilibili's share price performance in Hong Kong, its chairman and CEO Chen Rui said that the capital market situation is relatively poor and this should be considered a black swan event.

The popularity of video is a huge wave that will become mainstream on the Internet, he mentioned, adding that video creation will change everyone's life.

Mobile games, value-added services, advertising, and e-commerce are the four sources of revenue for this company, with mobile games and consumed company equity investments together accounting for more than half of the amount.