Huawei's HarmonyOS to be commercially available as soon as April

Chinese tech giant Huawei's operating system HarmonyOS could become commercially available as soon as April and no later than mid-year, according to a March 25 report by yicai.com.

Huawei Vice President Duan Mengran unveiled the HarmonyOS meta service at an event on Thursday and said HarmonyOS Developer Beta 3 will be pushed out as an upgrade on March 31.

According to a demonstration at the event, phones running HarmonyOS can be connected to home entertainment systems, fitness equipment, and small home appliances. Users can simply touch these devices with their phones to quickly bring up related functions.

HarmonyOS is iterating at the rate of one version a month, and the company is still accelerating the evolution of the overall system internally, the report said, citing staff.

Huawei's smartphone shipments fell 42.4 percent in the fourth quarter of last year due to a shortage of components and a lack of GMS services. HarmonyOS is seen as the savior of Huawei's phones after Huawei's limited cooperation with Google. 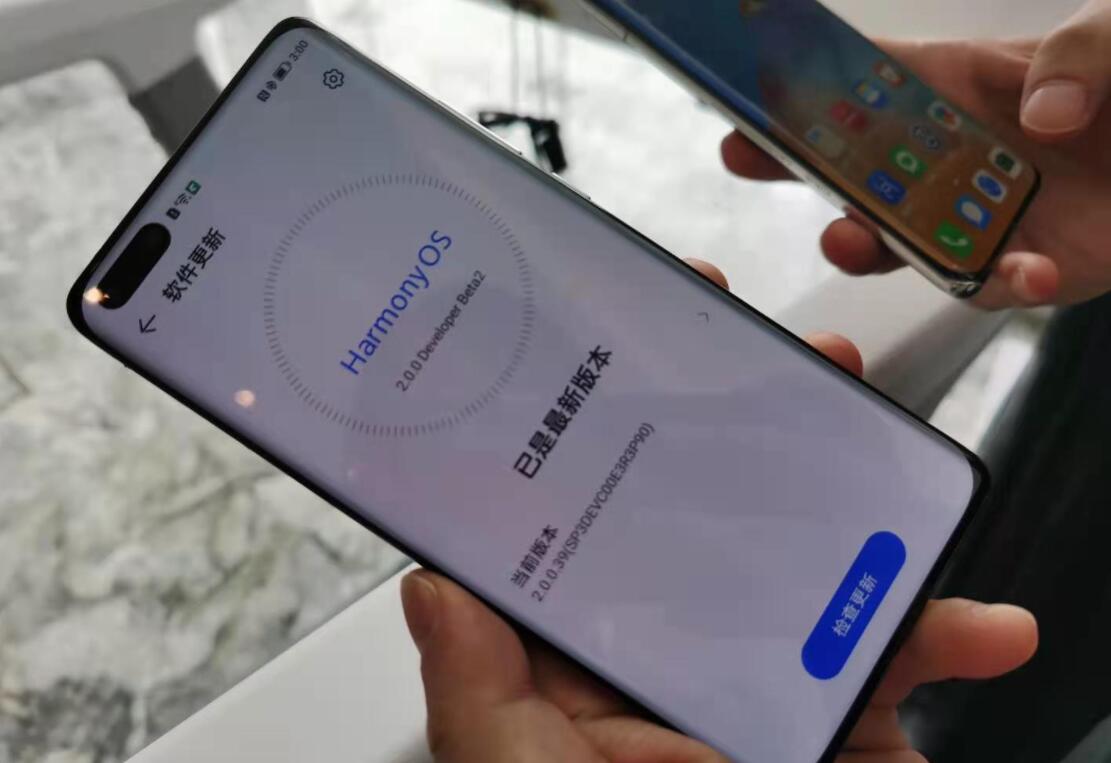