Going public can be a complicated process, especially considering the amount of documentation that needs to be prepared. So, is there a shortcut? Chinese video platform Bilibili seems to have found one.

Given this short time interval, it seems that Baidu's listing profile becomes an important reference.

Bilibili released a company fact sheet at 7:08 p.m. Beijing time on Friday that translates as, "This datasheet is to provide the public with information about Baidu Group Corporation (the "Company") as of the date specified." 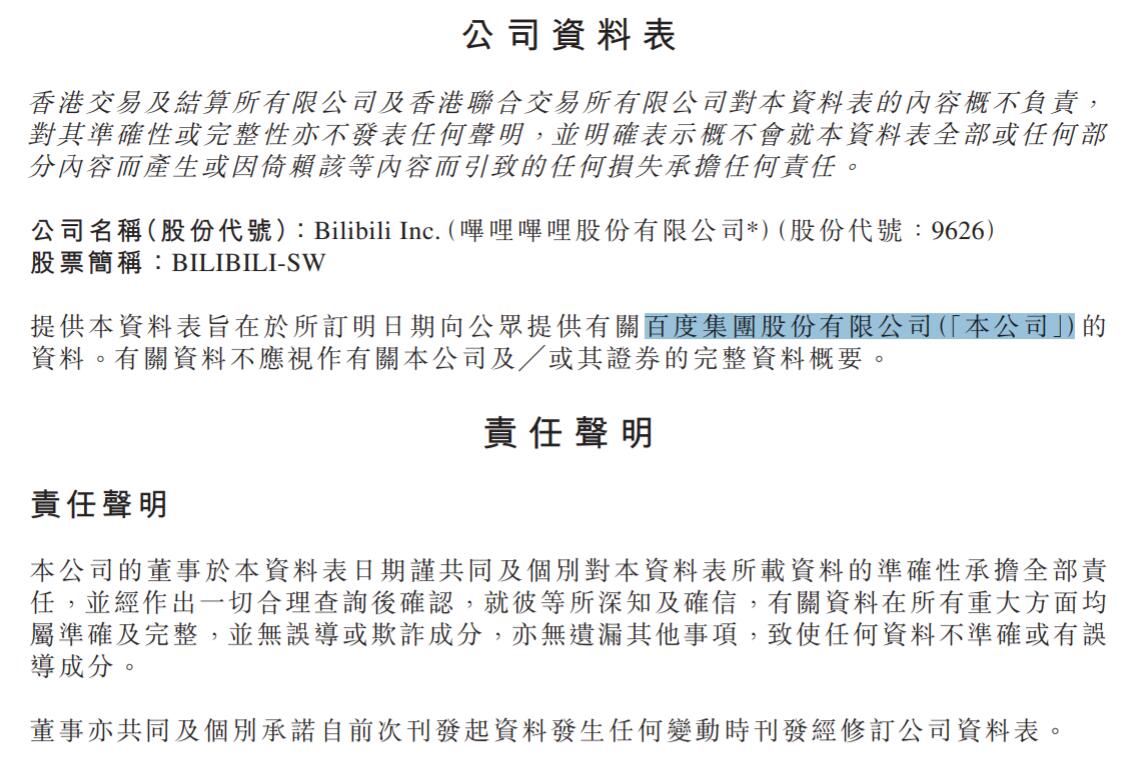 After noting the issue, Bilibili released a new document at 12:29 p.m. that corrected the error. However, the document with the previous error remains on the HKEx website. 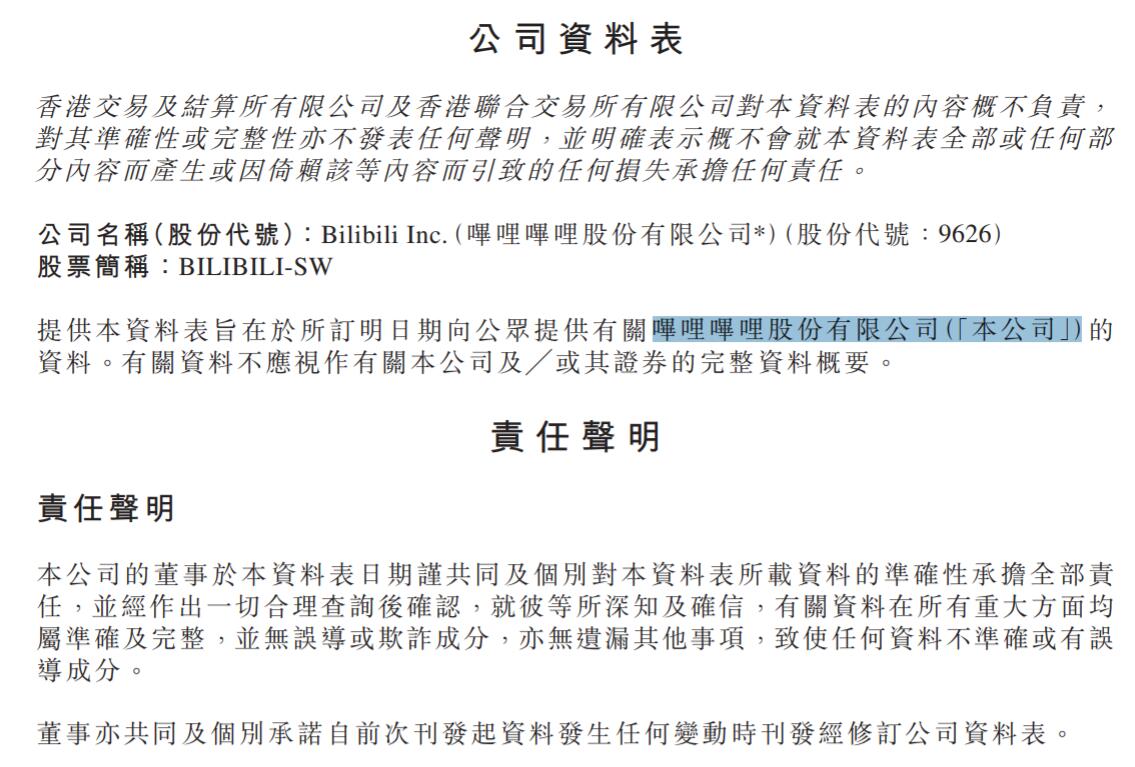 The mistake came about because the same law firm was responsible for the listing of the two companies, ifeng.com said, citing people familiar with the matter.

The law firm is Skadden, founded in New York in 1948, the report said.

Bilibili has a greenshoe mechanism for this secondary listing in Hong Kong, with a 15% over-allotment option.

Notably, the current pricing of Bilibili's Hong Kong shares at HK$808 per share is already higher than its March 25 closing price of US$95.65 (HK$743) per share on the US stock market.

Tencent News quoted an institutional investor who received a placement as saying that investors who received a share placement will probably be thinking about how to sell at this moment and will not continue to enter the market to buy.

Bilibili's intermediary team will not be able to stabilize its offering price with only 3.75 million shares in hand if there are institutional sellers on its first day of listing, the report said.