Why did China concept stocks plunge on Wednesday?

China concept stocks in the US stock market were widely sold off on March 24, with most stocks down more than 10%. Investors wondered what was going on.

By the close of trading, Tencent Music was down 27%, Vipshop was down 21%, iQIYI was down 19% and BEKE was down 13%. Internet star companies Bilibili, Pinduoduo, and Baidu were down around 9%. 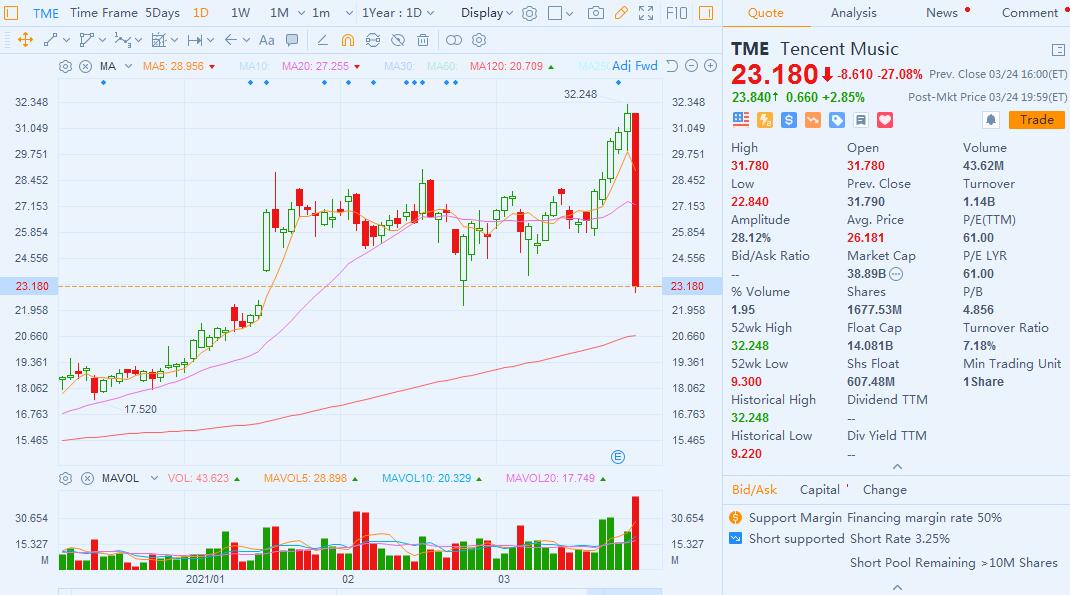 The main reason may be that the SEC on Wednesday started enforcing the Holding Foreign Companies Accountable Act, putting some Chinese companies that have long rejected US officials to audit them at risk of being delisted.

The SEC said non-compliance for three consecutive years will get companies kicked off from the New York Stock Exchange or Nasdaq.

The law essentially requires companies to submit documentation proving they are not owned or controlled by a governmental entity.

If Chinese companies are to be audited under the new law, they will have to disclose some sensitive business secrets, said Zhang Gang, an analyst at Southwest Securities, as quoted by local media outlet eeo.com.cn.

That would mean more pressure on US-listed Chinese stocks to exit the market, Zhang said.

For companies about to list in the US, this bill directly hinders their access to financing in the US market, Zhang said.

As a result, star stocks including Tencent, Meituan, and Xiaomi fell more than 5 percent after the Hong Kong stock market opened on March 25, and Baidu, which just had its second listing, fell 9 percent.

Although the HKSE is smaller than the US stock exchange, 12 Chinese concept stocks have had secondary listings in Hong Kong since the act passed the US Congress last year.