Chinese phone maker Xiaomi announced on March 25 the return of its MIX smartphone series, which will be unveiled at a spring event on March 29, two years after the last product in the series was released.

The MIX series is the top-of-the-line flagship of Xiaomi's phones, with the goal of exploring cutting-edge technology in the industry.

Xiaomi last unveiled a new phone in the MIX series at the Xiaomi 9 Pro event on September 24, 2019, where its founder Lei Jun demonstrated the MIX Alpha concept phone with a wrap-around screen.

Unfortunately, the device, priced at RMB 19,999 ($3000), has never been ready for production despite its great looks and specs.

Xiaomi's latest preview poster shows that the new Xiaomi MIX is likely to feature a folding screen design, as the poster mentions the word "unfold".

Previous rumors have suggested that Xiaomi's upcoming new product in the MIX line-up will be named MIX Fold, a foldable device.

The new device has recently passed 3C certification by China's Ministry of Industry and Information Technology along with two other Xiaomi 11 series, showing that they have up to 16GB of memory and 512GB of storage space.

The Xiaomi MIX Fold is expected to come with a Snapdragon 888 processor, LPDDR5 memory and UFS 3.1 flash memory.

Previous images circulating among Chinese Internet users suggest that the device may have the same inward-folding scheme as the Huawei Mate X2 and Samsung Galaxy Fold 2.

It has a large 8.03-inch screen with no openings on the inside and a 6.38-inch outer screen. 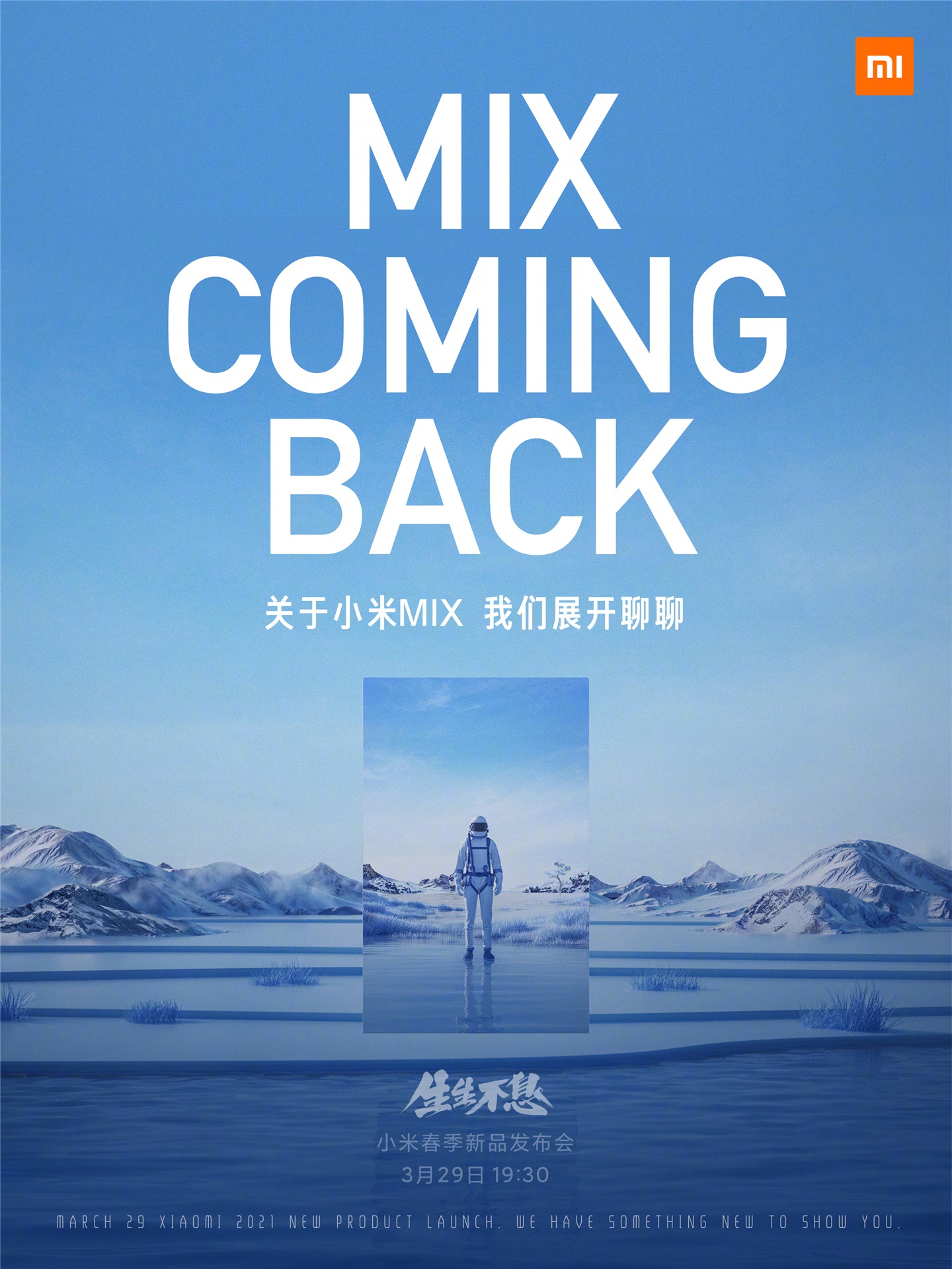