Since its release in September last year, miHoYo's Genshin Impact has earned more than $1 billion in six months on mobile, data released by Sensor Tower on Wednesday showed.

The game has averaged about $160 million in monthly revenue on mobile since December last year.

So far in March, it has earned $148 million on mobile, on track to be the month with the second-highest revenue since its release, behind only the $233 million it earned last October.

Over the past 30 days, Genshin Impact was the No. 3 game in terms of revenue in the global App Store and Google Play Store, behind Tencent's PUBG Mobile and China's popular MOBA game Honor of Kings.

On March 2 and February 3, when the new characters launched, Genshin Impact's mobile revenue was $13 million and $15 million, respectively, while its average daily revenue was $5.8 million.

Revenue from the App Store was $615 million, accounting for 60% of total mobile global revenue, and Google Play Store revenue was $409 million.

As the highest-grossing mobile game in 2020, PUBG Mobile reached $1 billion in total revenue in its 16th month after commercialization.

Honor of Kings took 18 months to reach this milestone on the App Store, and Supercell's Brawl Stars took 2 years. 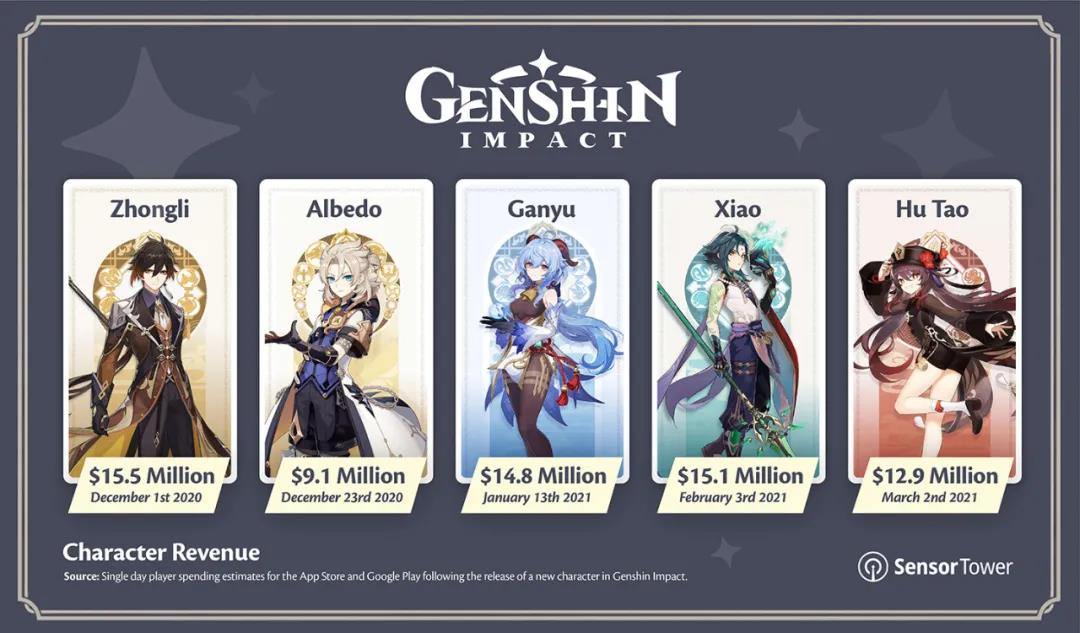