Sina, one of China's oldest Internet companies, announces completion of privatization and delisting from Nasdaq

Sina, one of China's oldest Internet companies, announced Tuesday the completion of its privatization and delisting from the Nasdaq after 21 years of being listed there.

The company will be renamed Sina Group Holdings Ltd. and will become a private company jointly controlled by Chairman Charles Chao and Sina management.

The privatization of Sina is intended to change the company's poor capital structure and to provide flexibility for the group's future diversification, Chao said in an internal letter issued today to all employees.

According to Chao, the privatization of Sina will not have any significant impact on the current business, and Sina Group will remain the controlling shareholder of Weibo, a publicly-traded company.

The former Sina portal business will be more closely integrated with the Weibo business, while the businesses including Sina Finance and Sina Sports will be developed more independently.

On July 6, 2020, Sina announced that its Board of Directors received a non-binding privatization offer from New Wave MMXV to acquire all of the outstanding common shares of Sina. The transaction values Sina at $2.68 billion.

In April 2000, Sina went public on NASDAQ, opening the door for the Chinese Internet industry to go global.

The VIE model, aka the "Sina Model", became a common one for the stock market debuts of Chinese Internet companies in the US.

QuestMobile reports that in April 2020, Tencent News had a total of about 307 million users, while Toutiao had 263 million. And Sina News ranks third with only about 128 million.

Weibo, which contributed 80% of revenue in 2019, also suffered from declining ad sales during Covid-19.

When the completion of the privatization was announced, Sina shares were trading at $43.26, with a total market capitalization of $2.58 billion. Weibo, on the other hand, had a market cap of $11.88 billion. In other words, Weibo's market cap is 4.6 times higher than Sina's. 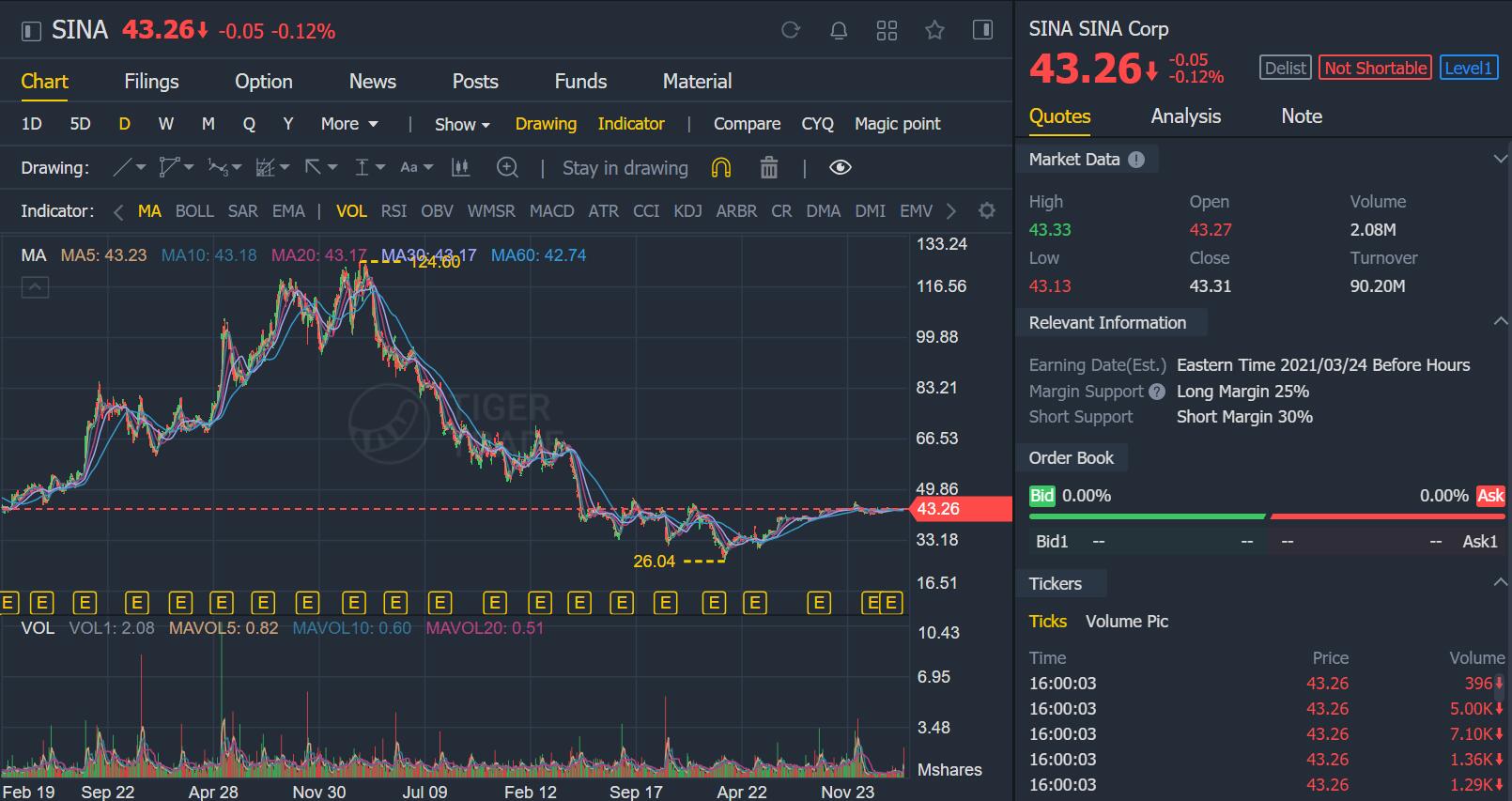