CITIC Securities downgraded its rating on Chinese e-cigarette brand RLX Technology to "hold" on March 23, in light of the latest draft regulation by the Chinese government that would tighten regulations on the industry.

In a March 22 draft regulation, Chinese authorities said that the trading of e-cigarettes would be governed by the same regulations as cigarettes.

Given the likelihood of the draft passing, CITIC Securities has suggested three possibilities for RLX.

In an extreme scenario, China would have a monopoly on the production, sale, import, and export of e-cigarettes, and RLX's operations in China would cease to exist.

In the medium scenario, although the draft is passed, the Chinese government allows private companies to sell tobacco, and the uncertainty of RLX's operation is high.

In the optimistic scenario, the Chinese government uses excise taxes to manage e-cigarettes, and as an industry-leading company, RLX's operating certainty and valuation improve significantly, with revenue expectations remaining stable.

RLX shares have rebounded in pre-market Tuesday and are currently up about 5%. 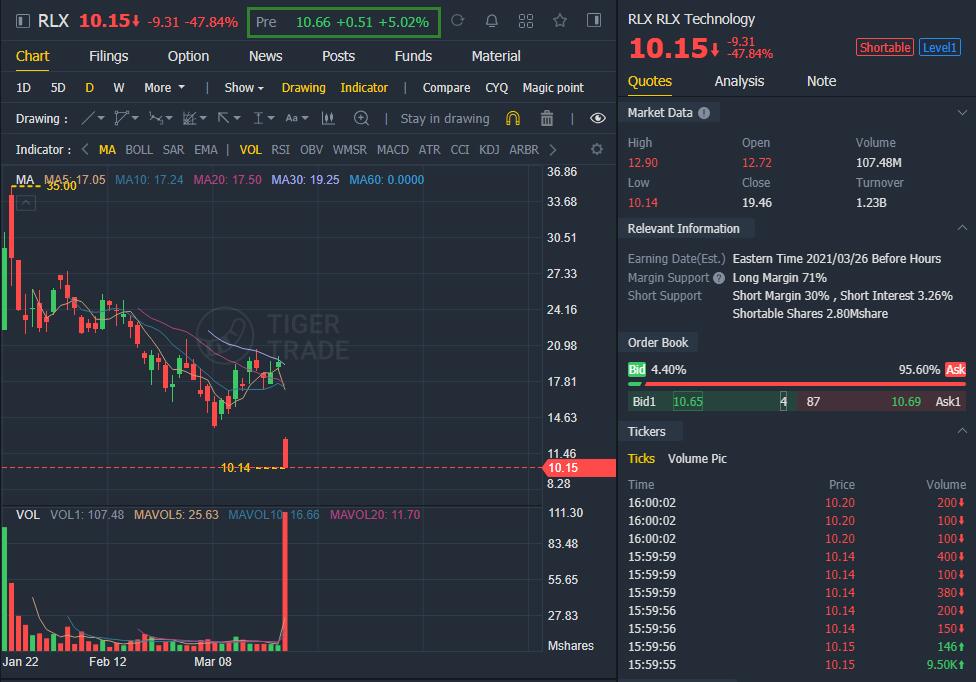