The international placement for the Hong Kong secondary listing of Bilibili, the closest Chinese video site to YouTube, has been oversubscribed, but some institutional investors have decided to cancel their orders, according to a report by Tencent News on March 23.

That's due to a lack of investor confidence in tech stocks over the past week and concerns about a broader environment that includes rising US Treasury yields, the report said, citing institutional investors who canceled their orders.

In Hong Kong's IPO market, institutional investors can place pre-orders after a company launches an offering and transfer them to the company's offering account after the offering closes and prices.

Despite having held Bilibili in the US and wanting to continue the position in Hong Kong, an investor decided to withdraw the order on March 22, the report said.

Many fund managers are much less enthusiastic about companies returning to Hong Kong for secondary listings due to the market environment, the investor said, adding that this is true even for popular companies like Bilibili.

The prospectus shows that Bilibili issued a total of 25 million new shares, of which the international placement was 97 percent, rolled back to 12 percent if it was oversubscribed by more than 20 times by retail investors.

As of noon Tuesday, Bilibili was 57 times oversubscribed by retail investors, which means the company's international placement was dialed back to 88 percent, or 22 million shares, according to data provider TradeGo.

If the maximum is calculated at no more than HK$ 988 per share, institutional investors placed orders for at least more than HK$ 21.7 billion ($2.79 billion).

Shares of Bilibili traded in the US fell 1.8 percent before the bell on Tuesday. 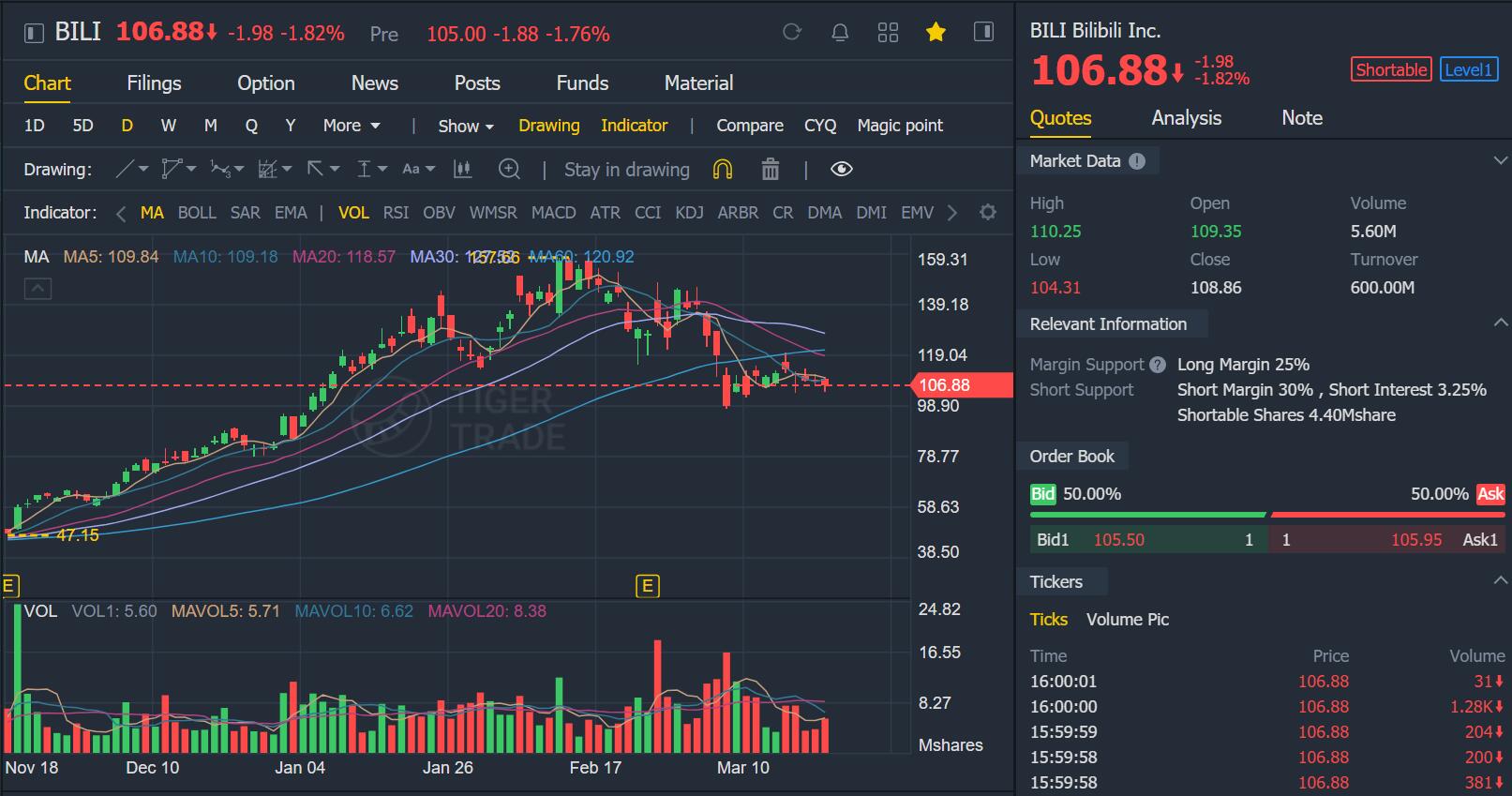