Beijing-based ByteDance, the owner of the short video app TikTok, announced on March 19 that it will establish the Nuverse Inspiration Fund (NIF) to invest in gaming startup teams.

NIF wants to be a long-term strategic partner with teams that combine vision and creativity, ByteDance said.

NIF values and respects the business decisions of entrepreneurs and offers a variety of customizable post-investment services and company resources to partners who need them.

As previously reported by CnTechPost, ByteDance launched its exclusive brand Nuverse Games and website for its gaming business in February, signaling that the tech giant, which has only risen to prominence in recent years, will compete with Tencent in the gaming space.

NetEase, with RMB 46.4 billion in gaming business revenue, has a 15% market share, which means it and Tencent together has a whopping 60% share.

ByteDance has been in the game business since 2019, but as of now, its performance in this industry has been more modest, except for some achievements in the casual game field. 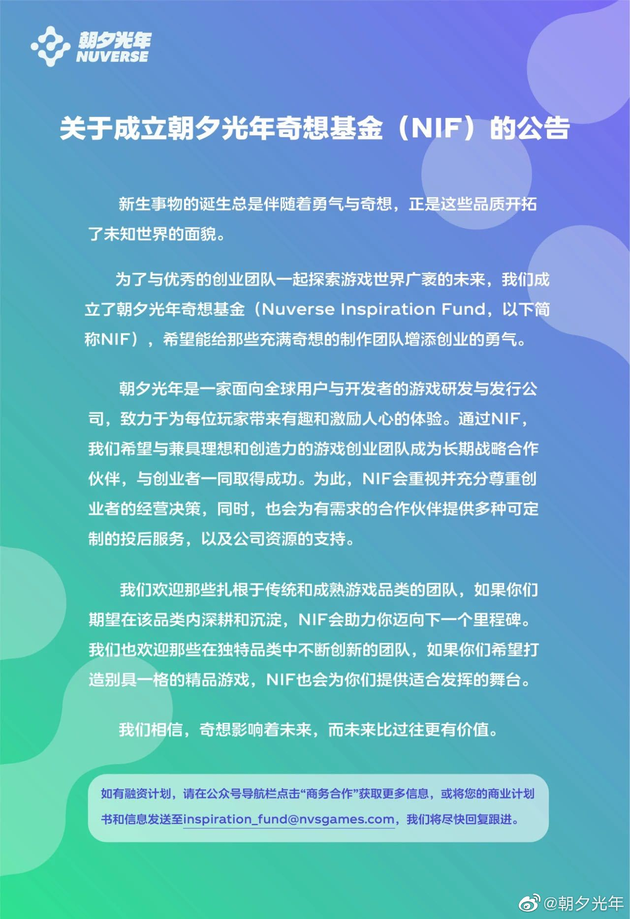