The9 signs purchase agreement with Bitmain for 24,000 S19j miners

Chinese internet company The9 Limited announced Friday that it has signed an annual mining machine purchase agreement with miner Bitmain through its subsidiary NBTC Limited to purchase 24,000 S19j Antminer from Bitmain.

The S19j Antminer is Bitmain's latest-generation model, launched in February of this year.

The Antminer S19 series, dubbed "the future of mining," is the latest addition to the ASIC family and is available in two different versions.

The new miner requires fewer resources to mine a single bitcoin because of its much higher hash rate.

Bitmain said the Antminer S19 series has the ability to eliminate all previous models, with the Pro version offering a hash rate of 110 TH/s, much higher than the Antminer S9's 14 TH/s. 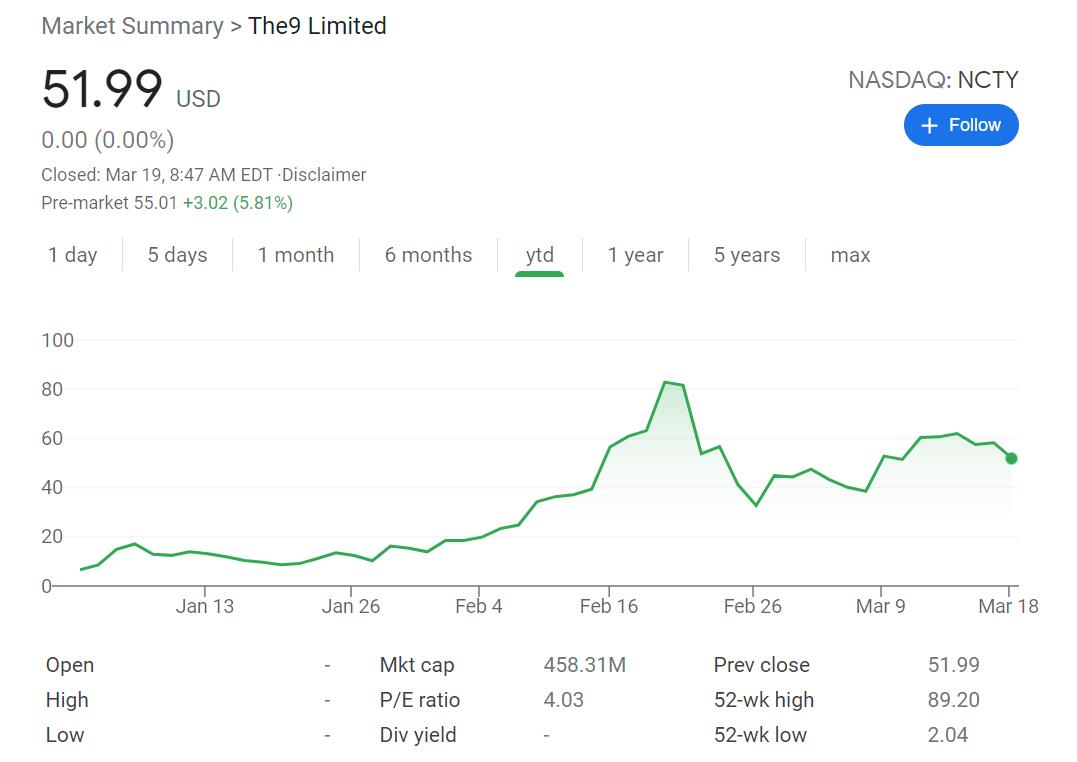