Xiaomi is doing well in India and Russia, and has strong momentum in Central, Eastern, and Western Europe, the report said.

In the Asia Pacific, Vivo, Xiaomi, and OPPO will be the top three through fierce marketing, expanded channel reach, and competitive pricing, the report said.

In Africa and the Middle East, Transsion will overtake Samsung as the largest vendor, and Xiaomi will overtake Apple as the third.

In Western Europe, Xiaomi will come in behind Apple and Samsung and will consolidate its third-place position.

The report predicts that Covid-19 is gradually getting under control and the improving economic situation will drive the growth of cell phone shipments this year.

The growing number of older smartphones and the migration of operators and manufacturers to 5G will also help this market.

Huawei, Apple and Xiaomi are the most recommended cell phone brands in China 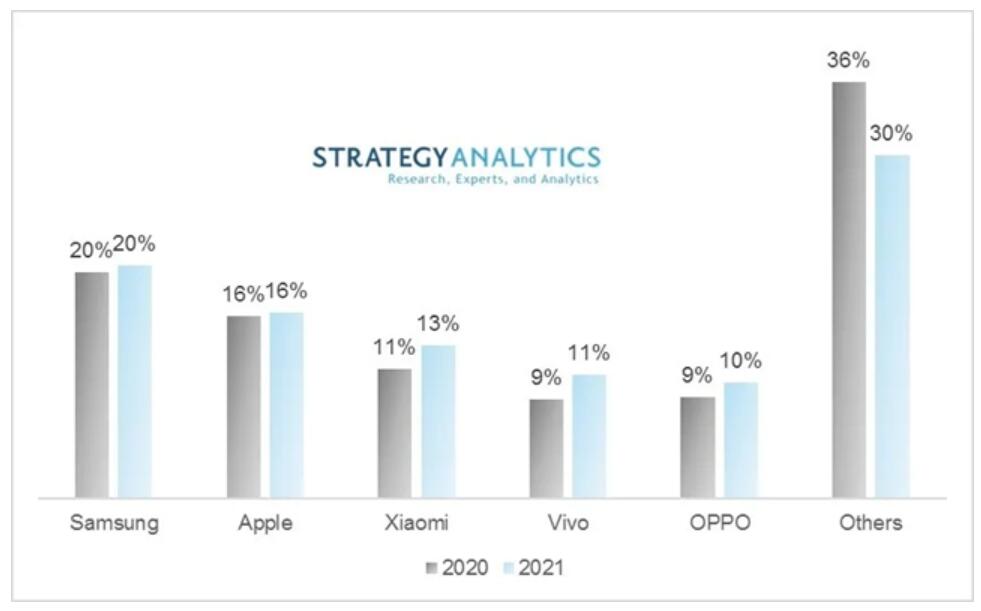