For the full year last year, Pinduoduo achieved revenue of RMB 59.49 billion, up 97% from a year earlier, according to the company's financial report released today.

In 2020, Pinduoduo accumulated over 200 million new active buyers, including 57.1 million in the fourth quarter.

In terms of user scale, Pinduoduo, founded less than six years ago, has grown to become the largest e-commerce platform in China, achieving its goal of serving the largest number of users in China.

In the fourth quarter, Pinduoduo made a new round of heavy investments in warehousing, logistics, and agricultural sources, but still operated at large break-even in the quarter, driven by strong revenue.

On a non-GAAP basis, the platform reported a net loss attributable to common shareholders of RMB 184.5 million for the fourth quarter, significantly narrowing from RMB 815 million in the same period of 2019.

For the full year, the net loss attributable to common shareholders was RMB 2.96 billion, compared to RMB 4.2658 billion for the same period in 2019.

As of the end of 2020, Pinduoduo held cash and cash equivalents and short-term investments of RMB 87 billion, compared to RMB 41.1 billion at the end of 2019.

Pinduoduo Chairman Colin Huang announced in his FY 2021 letter to shareholders released with the earnings report that the Board of Directors has approved his resignation as Chairman and that the position has been taken over by co-founder and current CEO Lei Chen.

Pinduoduo has moved from an asset-light third-party platform to an asset-heavy business, and the rapid growth of the new business has spawned a new generation of managers, he said.

Pinduoduo's contribution to the agricultural sector in the past few years is still mainly in the distribution sector, and in the future, it is important to ensure Pinduoduo's high speed and high-quality development in 10 years' time through the control of the agricultural growing process and research in the field of food science and life science, he claimed.

In the letter, he said he resigned as chairman of the board of directors will be committed to the long-term scientific research areas.

For example, exploring reliable and effective control of potentially harmful heavy metal levels in potatoes, sweet potatoes, and tomatoes through control of the methods used to grow to produce, he said, citing examples.

"I won't become a scientist, but maybe I'll have the opportunity to be an assistant to a future (great) scientist, and that would be a blessing," he said.

Deeper research in these basic technology areas will help essentially improve the added value and physical health of agricultural products, he said.

Pinduoduo's shares expanded more than 6 percent in pre-market trading after the earnings report. But the shares quickly plummeted after Huang announced his resignation as chairman, turning down 3.6 percent.

After Douyin, Pinduoduo is not far from launching payment service 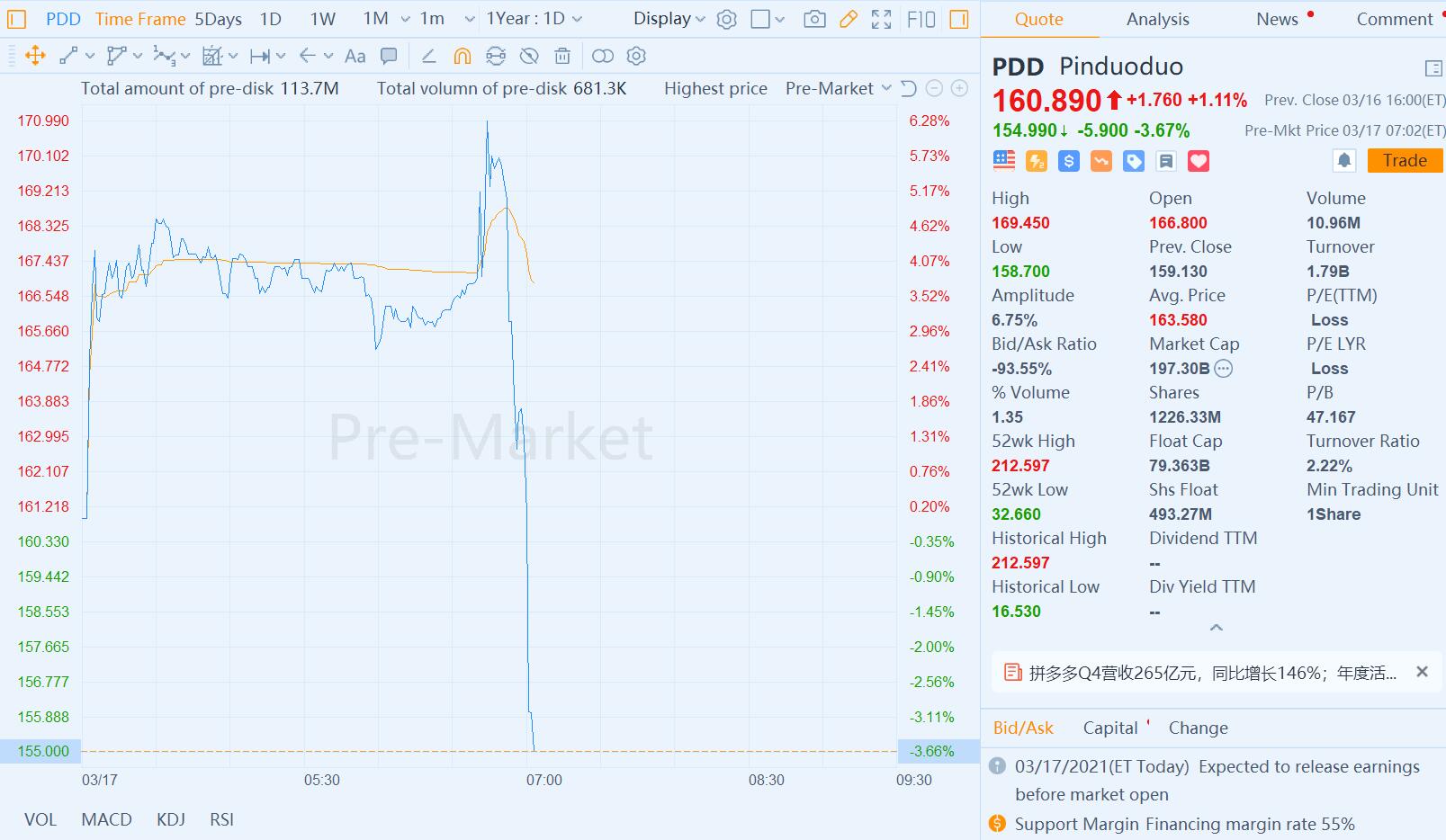