Bitcoin pulls back about $5,000 from intra-day high 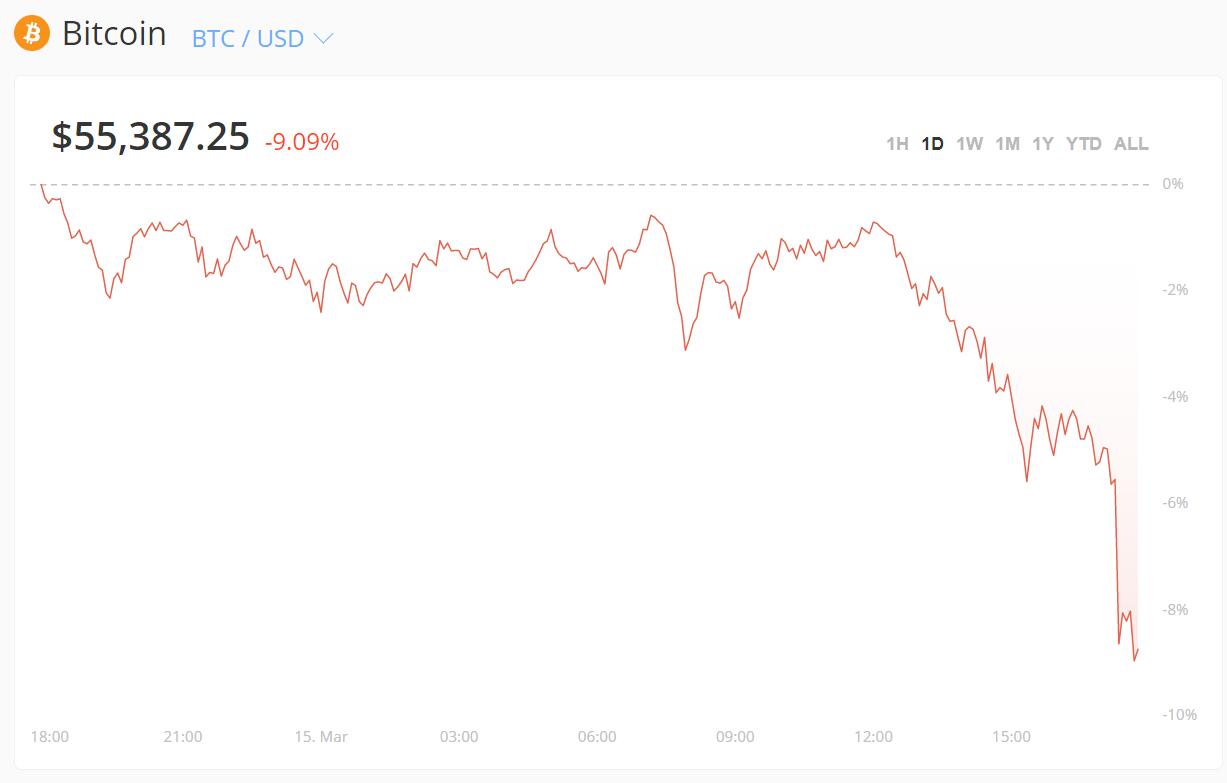 Earlier today, Reuters reported that trading, mining, issuance and possession of cryptocurrencies are expected to be criminalized in India with an upcoming legislative bill.

CoinDesk reported that the official, who was not named, said the legislation is likely to make it through Prime Minister Narendra Modi’s majority-controlled parliament.

A survey conducted by Mizuho showed that about 10 percent of the US stimulus check could be used to buy bitcoin and stocks, equating to a total of about $40 billion.

Nearly two in five respondents expect to use some of the money to invest, said analyst Dan Dolev.

The respondents preferred bitcoin to stocks, which would account for 60 percent of the total incremental spending, which could add 2-3 percent to its market value.

Mizuho surveyed more than 200 people who are expected to receive their third stimulus check this week.