US-listed Chinese online sports lottery company 500.com Limited (WBAI) announced on March 8 that it has transformed itself into a bitcoin mining company, changing its name to "BIT Mining Limited ".

500.com was originally an online lottery trading platform that provided lottery ticket buying services such as soccer and sports lottery tickets, as well as related consulting, tools, and communities.

This company acquired the entire mining pool business of Bitdeer's BTC.com on February 16.

This company purchased 1,923 Bitcoin S17 miners with a total computing power of 113 PH/S from a subsidiary of Bitdeer for RMB 31.3 million on Feb. 26.

The profile says the company has continued to acquire bitcoin miners since December 2020, increased its holdings in Loto Interactive, a subsidiary that owns a cryptocurrency mining farm, and acquired the BTC.com mining pool, the BTC.com domain, and the cryptocurrency wallet business.

At the end of last year, the company's shares were trading at around $2.70 and closed at $20 on Monday. The shares surged about 14% in pre-market trading on Tuesday on the news. 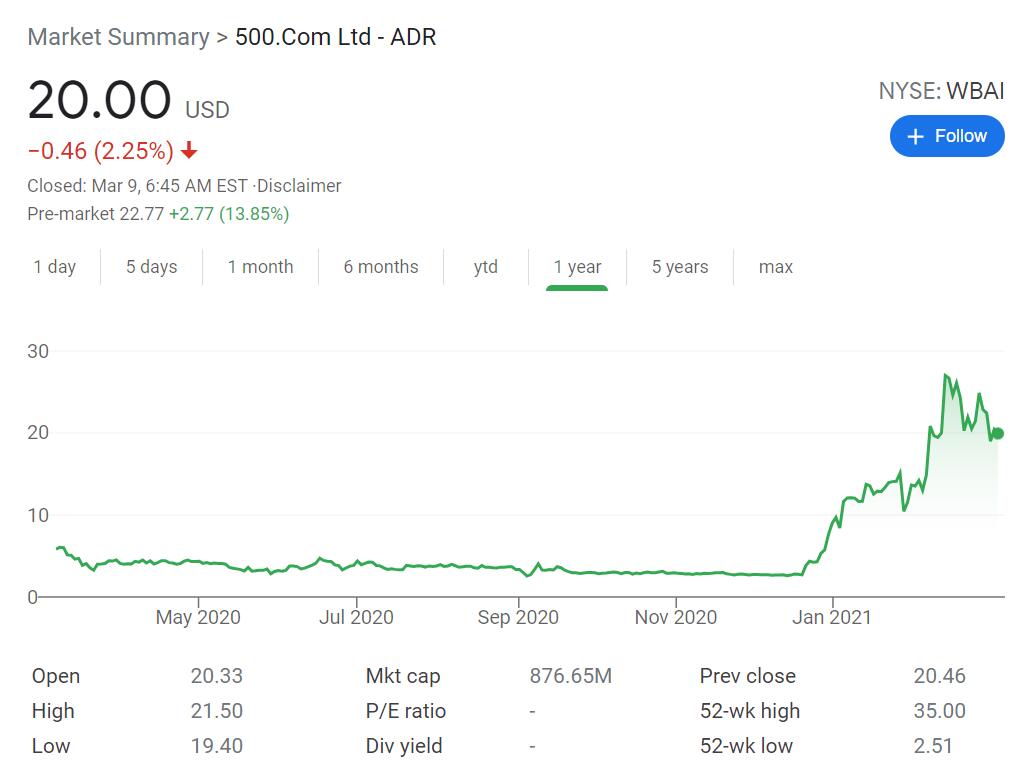