OPPO ranks No. 1 in China's smartphone market for first time in January

OPPO reached a 21 percent share of the Chinese smartphone market in January, surpassing Huawei to become the No. 1 smartphone brand in China for the first time, according to a report released Friday by market research firm Counterpoint Research.

In January, Huawei and Vivo both had a 20 percent share of the Chinese smartphone market, while Xiaomi and Apple both had a 16 percent market share. 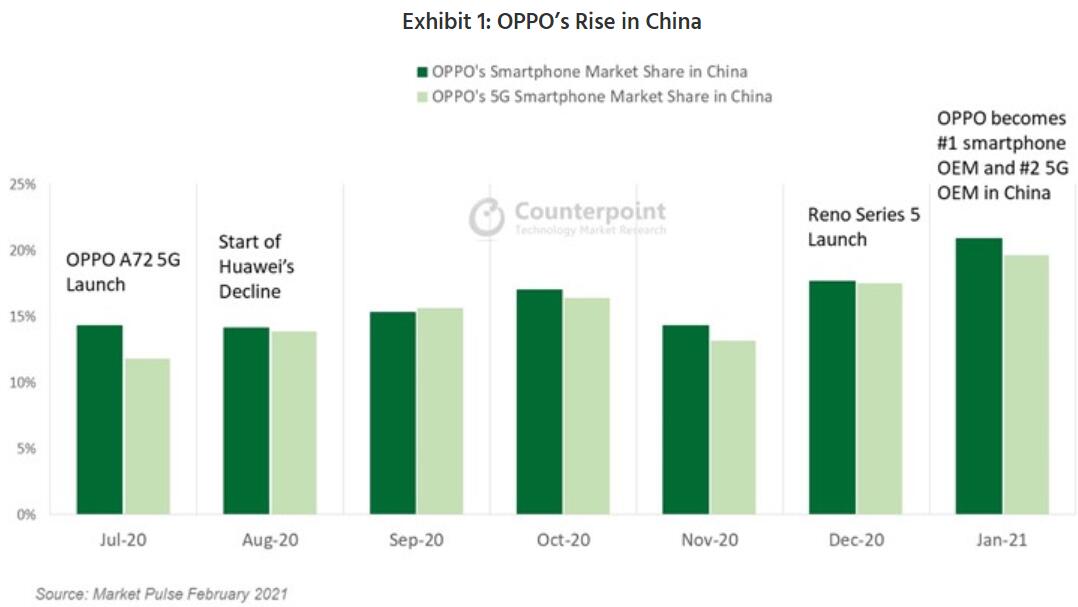 The report shows that sales of OPPO phones grew 26 percent year-on-year in January this year, up as much as 33 percent from December. This was mainly due to the sanctioned Huawei phones and the release of the OPPO Reno5 series of phones.

Huawei has previously been the top brand in China's smartphone market, but its market share has declined significantly in 2020 due to the U.S. chip ban and the spin-off of its Honor business.

"OPPO has been successfully able to reposition its product lines in 2020. The rebranding of the Reno series and launching a more capable device at a lower price point than its predecessor helped OPPO capture the affordable premium segment," said Varun Mishra, Senior Analyst at Counterpoint Research.

The strong momentum of the A series in the mid-segment strengthened the product portfolio for OPPO and it was able to cater to the 5G demand in China across a wide price band. This was further helped by the decline of Huawei, Mishra said.