MiHoYo's revenue grew 10% in February to become No. 4 globally, behind Tencent, NetEase, and Playrix. Its Genshin Impact and Honkai Impact 3rd saw revenue increases of 6% and 69% respectively compared to January.

Honkai Impact 3rd returned to No. 8 on China's iOS best-seller list on February 5 thanks to a Chinese New Year update.

Released in September 2020, Genshin Impact reached $160 million in revenue outside of China in one month and was nominated for Best Mobile Game of 2020 at the Academy Awards in the gaming industry. 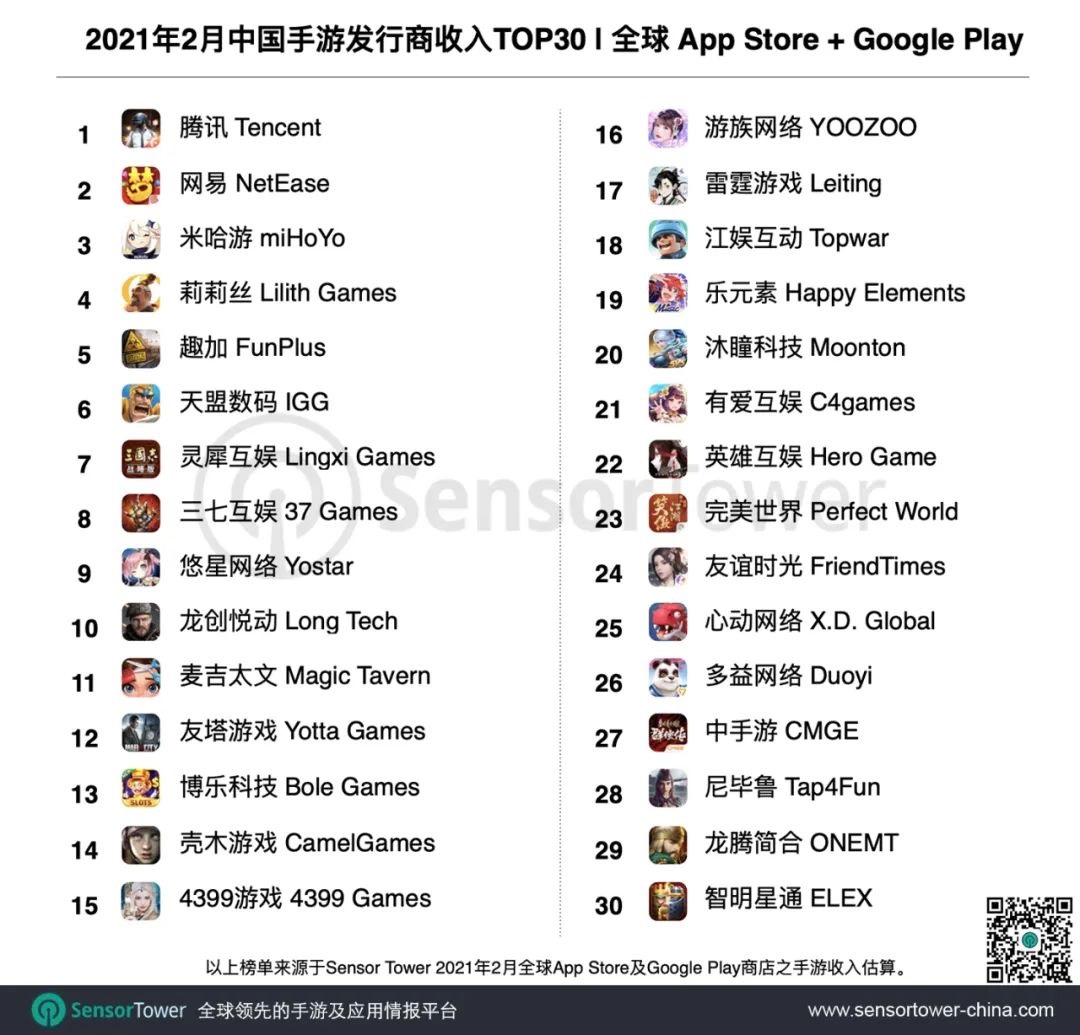