Chinese driverless truck startup TuSimple announced on February 25 that it has partnered with Scania's Transport Laboratory to test driverless trucks with cargo on the E4 highway between Södertälje and Jönköping, Sweden.

During the test, the vehicles are operated automatically by TuSimple's driverless system, with a safety officer and a test engineer accompanying the vehicle to monitor the system.

In the future, the test will extend the route to include the entire route from Södertälje to Helsingborg.

TuSimple has filed IPO documents, led by Morgan Stanley, and plans to go public in the US as early as next month, according to the Wall Street Journal on Feb. 25, citing people familiar with the matter.

TuSimple said it raised $215 million in a 2019 funding round, valuing it at $1.2 billion, and has raised more since then.

TuSimple has a fleet of 50 trucks driving itself through the Southwest US and about 20 trucks testing in China, and the company expects its technology to be commercially available by 2024.

Several major US trucking companies are also investors in TuSimple, such as Nebraska's Werner Enterprises and Tennessee-based Xpress Enterprises. 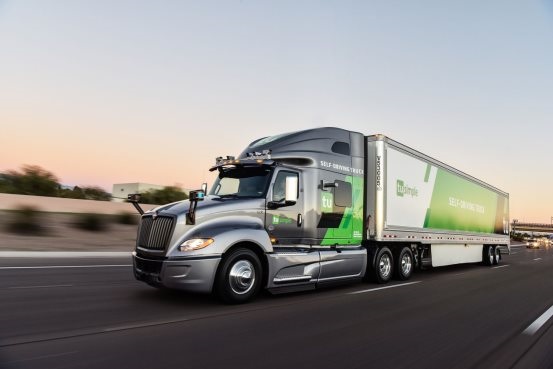