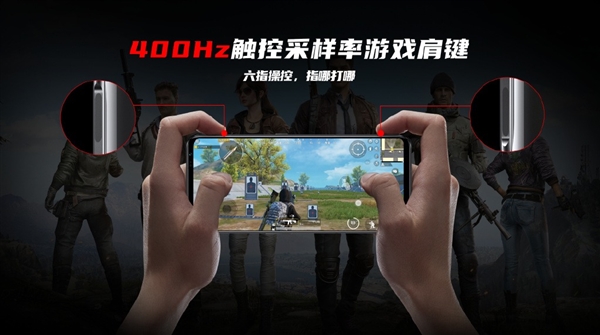 Ni Fei, president of Chinese phone maker Nubia, said the screen of the upcoming Red Magic 6 will have a 400Hz touch sampling rate, which will enable it to handle touch operations quickly, while also enabling six-finger operation with the screen.

The phone will also have a screen refresh rate beyond 144Hz, making the overall visual experience smoother and more fluid in daily use, he claimed.

The phone is also powered by the Snapdragon 888 processor, which is currently at the top of the industry and can provide powerful computing power. The phone's built-in Red Magic's original air-cooling + liquid-cooling dual cooling system can effectively bring out the extreme performance of the Snapdragon 888.

Nubia is also teaming up with Tencent, a well-known Chinese social media and gaming giant, to design this phone. It will have access to Tencent's customized Solar Core game acceleration engine to achieve a deep optimized experience in Tencent's entire game series.

The Red Magic 6 is officially named "Tencent- Red Magic Gaming Phone 6" and will be officially released on March 4.