Life services, production capacity, and knowledge skills rank the top three in the sharing economy market size, at about RMB 16 trillion, RMB 10 trillion, and RMB 400 billion, respectively, according to the report.

The number of participants in China's sharing economy was about 830 million in 2020, including about 84 million service providers, an increase of about 7.7% year-on-year.

The number of employees of platform companies was about 6.31 million, an increase of about 1.3% year-on-year. Among them, the size of online car users was 340.11 million, shared accommodation users were 69.83 million, and online takeaway users were 409.03 million.

In 2020 in China, online takeaway expenditure per capita accounted for about 16.6% of food and beverage consumption expenditure, an increase of 4.2 percentage points year-on-year.

The growth rate will pick up considerably in 2021, with the rate expected to reach 10%-15%, the report predicts; over the next five years, the average annual growth rate of China's sharing economy will remain above 10%. 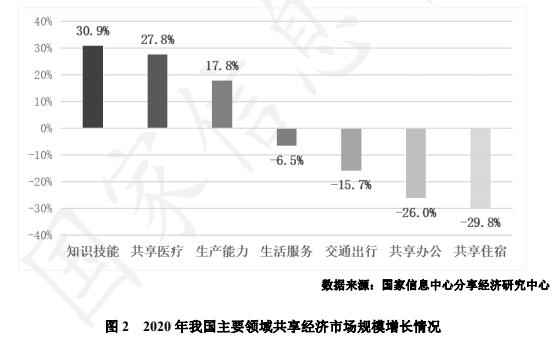 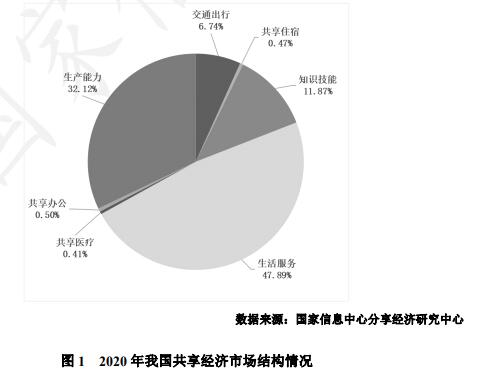