Beijing Pinecone Electronics, an affiliate of Chinese smartphone giant Xiaomi, on February 19 disclosed a patent for an invention titled "method, device and storage medium for scheduling shared vehicles," according to data provider Tianyancha.

The method of scheduling a shared vehicle is applied to the shared vehicle, which is equipped with a camera device, is electrically driven, and has self-balancing capabilities.

Xiaomi has decided to build cars and sees it as a strategic decision that will likely be taken by Xiaomi Group founder Lei Jun himself, Chinese media LatePost previously said.

Xiaomi is now among the top three in the world in the smartphone industry, but at the same time, global cell phone sales growth has stalled.

The most popular sector in the market today is smart electric vehicles, and the report says that NIO, for example, which Lei's Shunwei Capital invested in just six years ago, now has a market cap of $85.6 billion, only about 6 percent less than Xiaomi's $91.1 billion.

Xiaomi will start building its own cars, LatePost reports 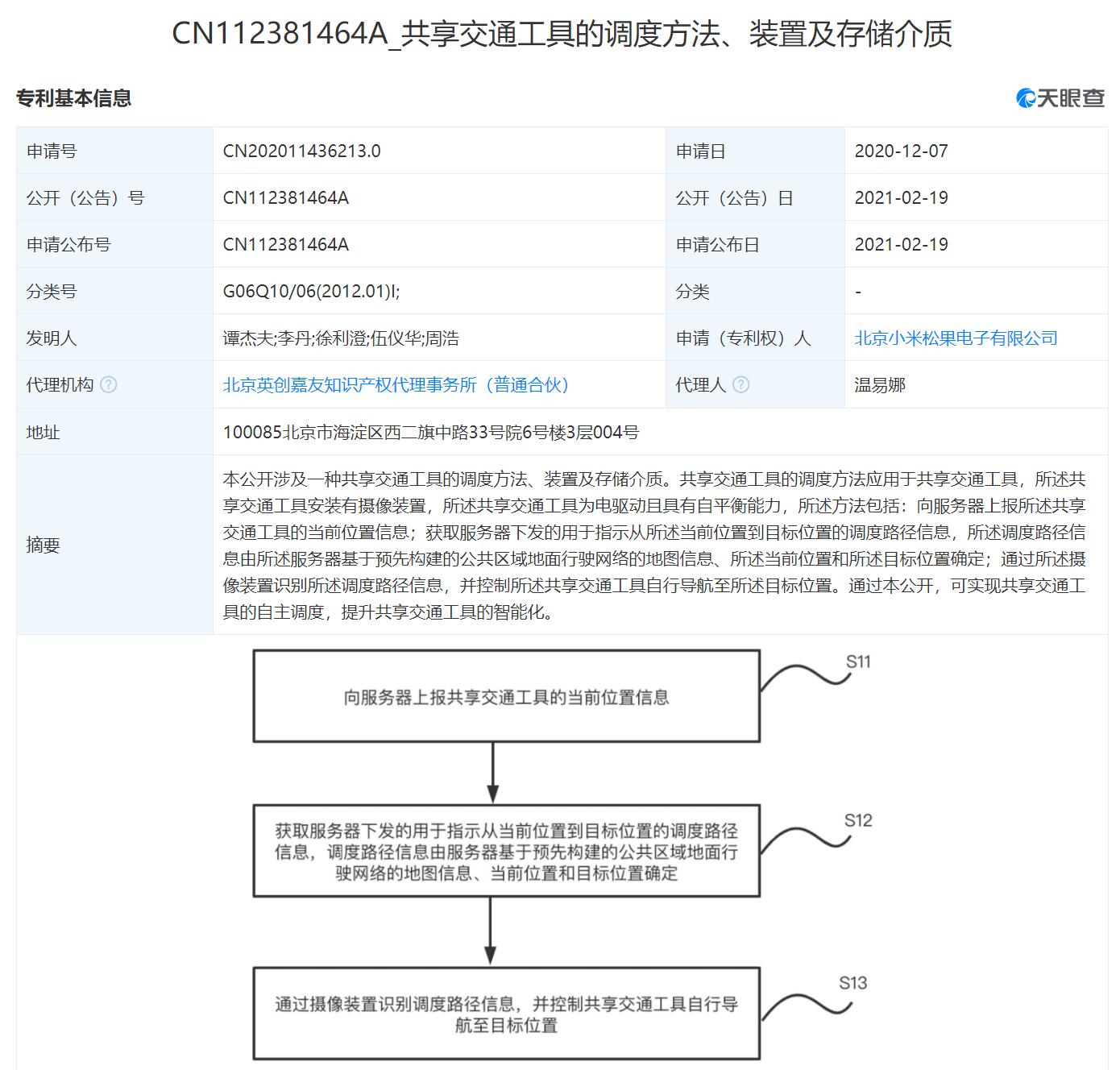