The US market was second in terms of revenue contribution to Douyin and TikTok, accounting for 8% of revenue. The Turkish market ranked third, contributing 2% of revenue.

Piccoma was second on the list, with more than $96 million in revenue coming from Japan, 6.9 times more than the same period last year.

The other three apps in the top five of the list were YouTube, Tinder, and the Chinese video platform Tencent Video. 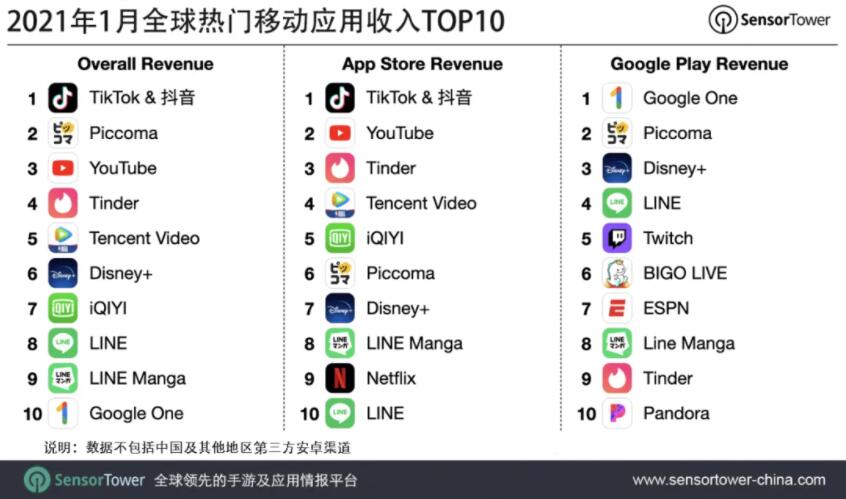