Chinese smartphone maker OnePlus became the only major brand to grow in the US cell phone market in 2020, with an annual increase of 163 percent, according to a Counterpoint report.

"This is a great achievement that more than demonstrates that OnePlus is outperforming many of its giant rivals in the American market and that it represents the vast opportunities and prospects for OnePlus in the future global market," said Pete Lau, CEO, and founder of OnePlus, on Weibo, China's equivalent of Twitter. 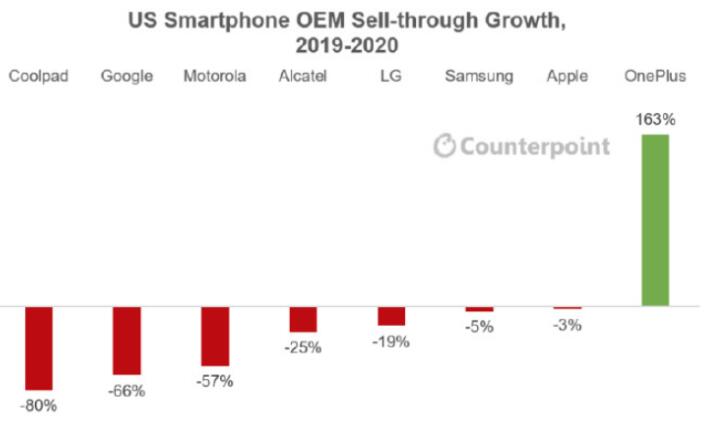 Lau also said, "This year, OnePlus will also pay more attention to the Chinese market, including the construction of offline sales channels and the completion of the service system. I believe that this time next year will certainly deliver an answer that will make you excited and happy."

Compared with the US market, the Chinese cell phone market is more competitive, so OnePlus has decided to pay more attention to the Chinese market this year.

By the end of 2020, OnePlus had more than two thousand offline partner stores in China, an increase of more than 300% compared to 2019, having covered 31 provinces and 240 cities.

In 2021 OnePlus has also increased its marketing budget in China by several times, with the goal of increasing sales several times.