Chinese tech giant Huawei will unveil its next-generation folding flagship Mate X2 on February 22, which will be powered by Kirin 9000 processor.

A teaser image posted by the company on Weibo on Wednesday showed that the phone will feature an inward-folding design.

According to chinastarmarket.cn, the MateX2 lens suppliers are Sunny Optical and Ofilm, and the screen supplier is Samsung.

In addition, Weibo digital blogger @数码闲聊站 released renders of the Mate X2 engineering prototype, showing that the device has no openings on the main screen, and there are openings reserved for two cameras on the top left of the secondary screen. 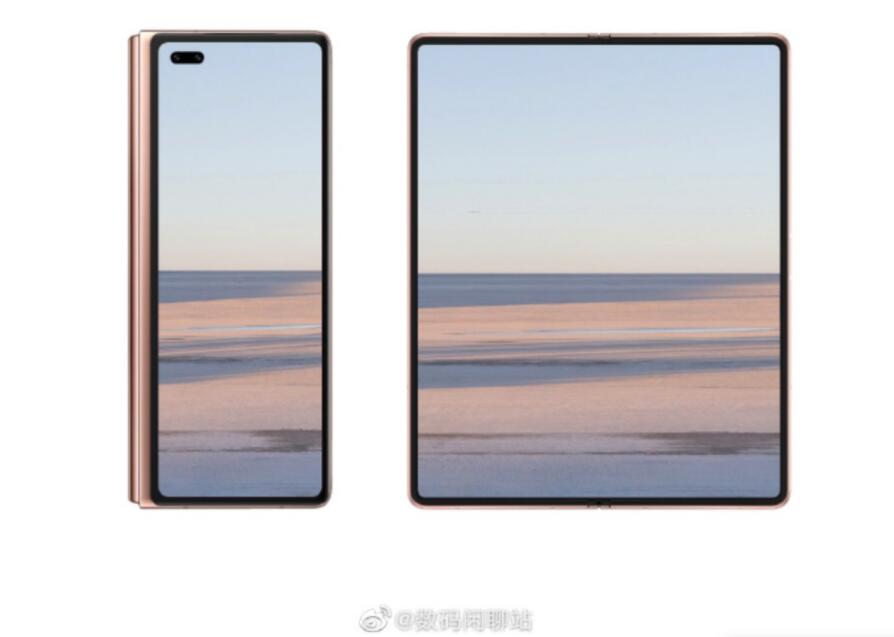 The phone is expected to feature a four-camera combination of 50MP + 16MP + 12MP + 8MP, which also includes a periscopic telephoto lens with 10x hybrid optical zoom.