China has begun static commissioning five maglev trains with speeds up to 600 kilometers per hour in Qingdao, Shandong province, according to DoNews.

Prior to this, the CR400 series of Chinese Standard EMU “Fuxing” has a maximum speed of 400km/h, with a sustained operating speed of 350km/h, making them the fastest commercially operated trainsets in the world.

The appearance of this high-speed maglev train is different from that of the “Fuxing” electric multiple units (EMU), with the Fuxing EMU having a total head length of 12 meters and the high-speed maglev train’s total head length of 16 meters, according to Liang Jianying, deputy general manager and chief engineer of CRRC Qingdao Sifang Locomotive & Rolling Stock Co., Ltd., which is responsible for developing the train.

He also said that one of the biggest differences between the two is the power. The railed high-speed train is driven by the wheels on the track.

While the high-speed magnetic levitation train’s power is the electromagnetic force, achieving the contactless levitation, drive, guide between the train and the track. Since the train is suspended in the air and travels without touching the ground, the train is only subject to air resistance therefore can operate at higher speeds.

The operating speed of high-speed maglev trains is defined as 400 km/h to 600 km/h, effectively bridging the speed gap between the high-speed railway and aviation. 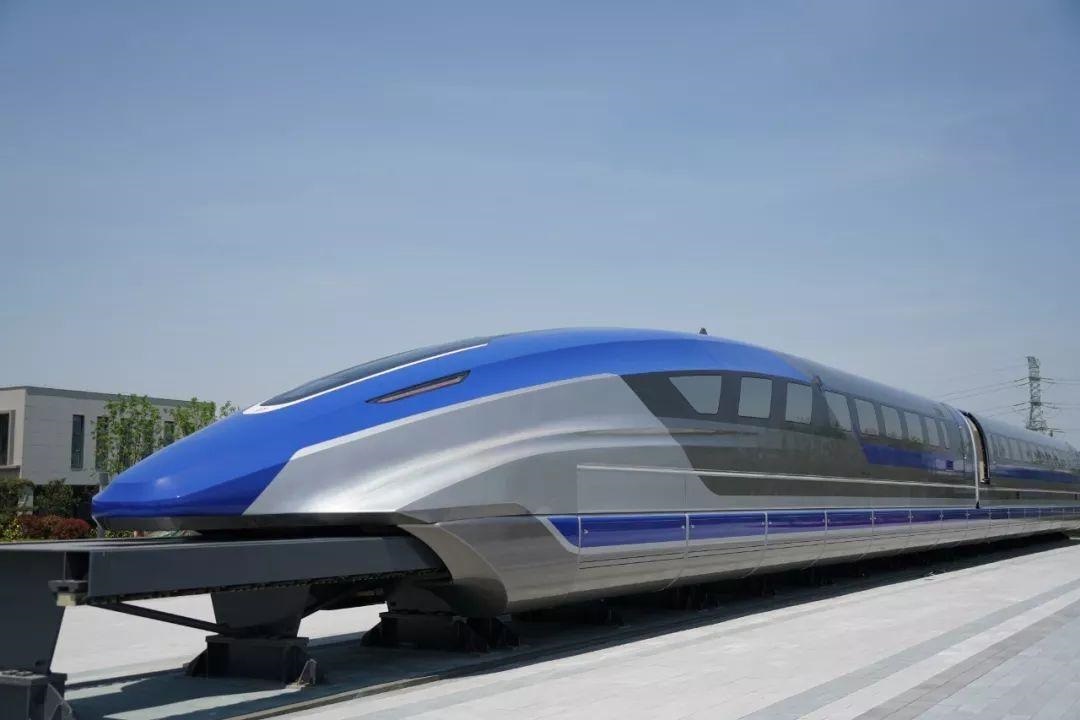