Xiaomi on January 29 announced Mi Air Charge — a long-range wireless charging technology that allows phones to be charged wirelessly whether in hands or in pockets.

The technology enables wireless charging power of 5W, and it will first be used on Mi 11.

Xiaomi's Mi Air Charge is unaffected by objects in the way and does not require the phones to be placed in a fixed position.

The technology has 17 patents, and the core lies in spatial positioning and energy transmission, according to Xiaomi CEO Lei Jun.

The technology allows multiple devices to charge simultaneously at 5W each within a radius of several meters, even when objects are in the way, without reducing charging efficiency.

The air charging pile has five built-in phase-interference antennas that allow millisecond spatial localization of the phone to accurately detect its location, Lei said, adding that the phase-controlled array of 144 antennas emits millimeter waves directionally to the phone through beamforming.

On the cell phone side, a "beacon antenna" broadcasts location information in the spatial field with low power consumption, and a "receiving antenna array" of 14 antennas converts millimeter-wave signals emitted from the charging station into electricity through a rectification circuit, Lei said.

Mi Air Charge can also charge smart watches, bracelets and other wearable devices. Small smart home products such as speakers and table lamps can be charged wirelessly in the future to make the living room wireless.

Interestingly, before Xiaomi released this technology, Motorola also made public its long-range wireless charging technology. However, Motorola's technology is only effective within 1 meter and will stop charging when blocked by hand. 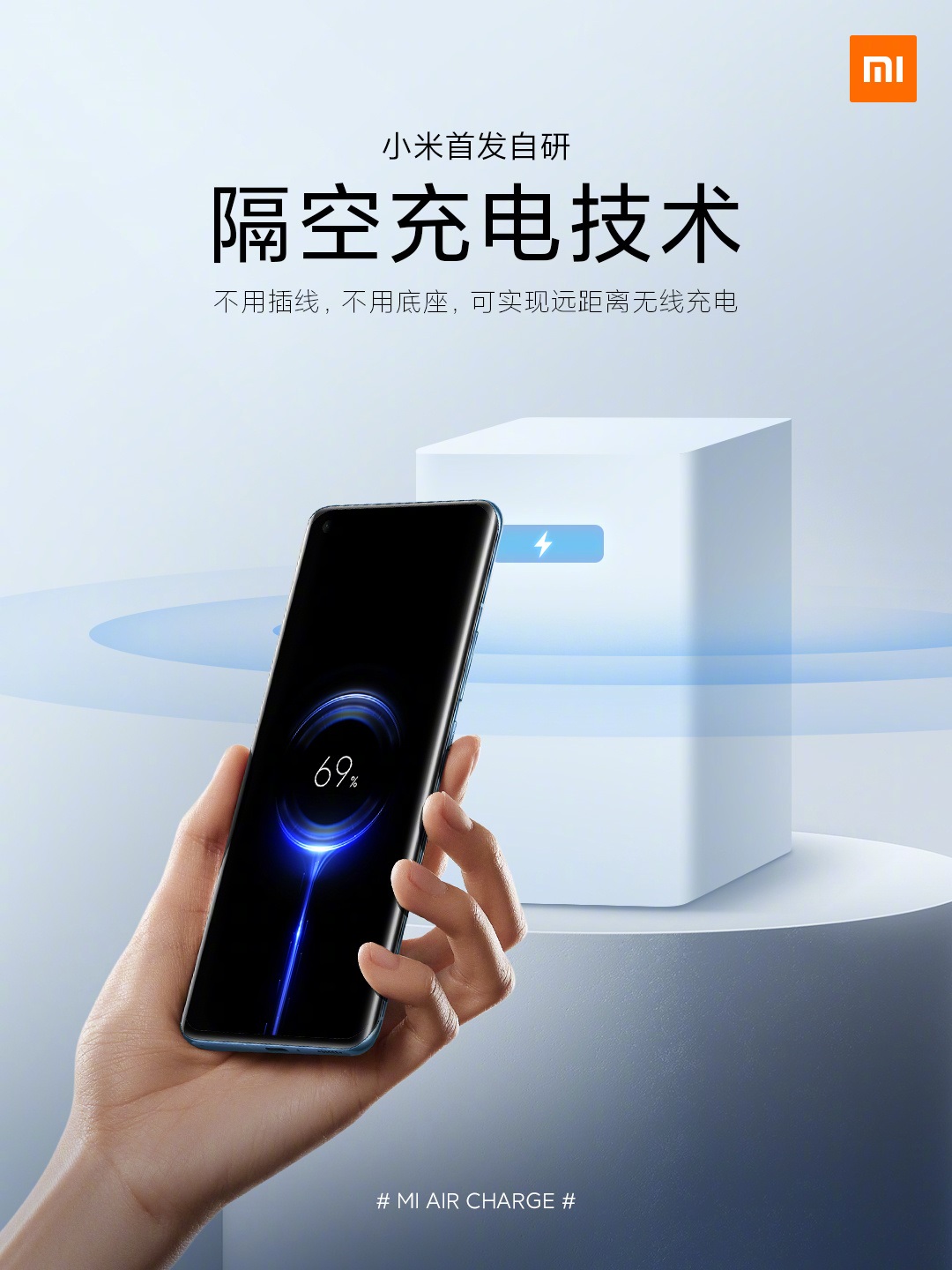