Chinese vendors account for about 77 percent of smartphone shipments in India in 2020, up 5 percentage points from 72% in 2019, according to a report from market research firm Canalys. 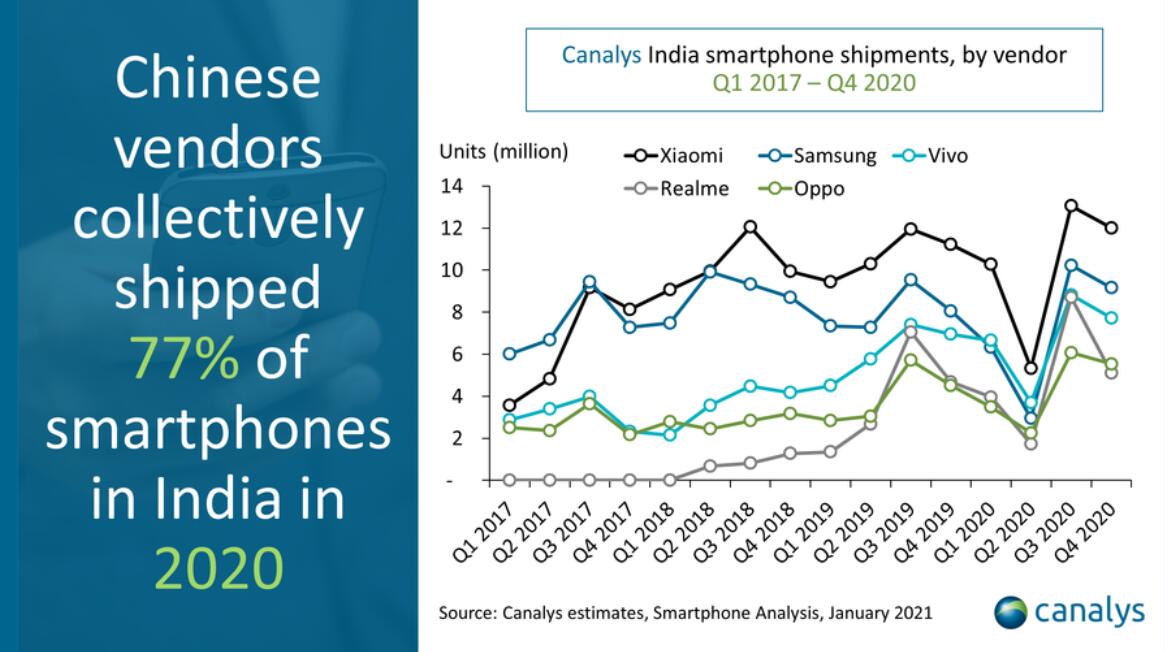 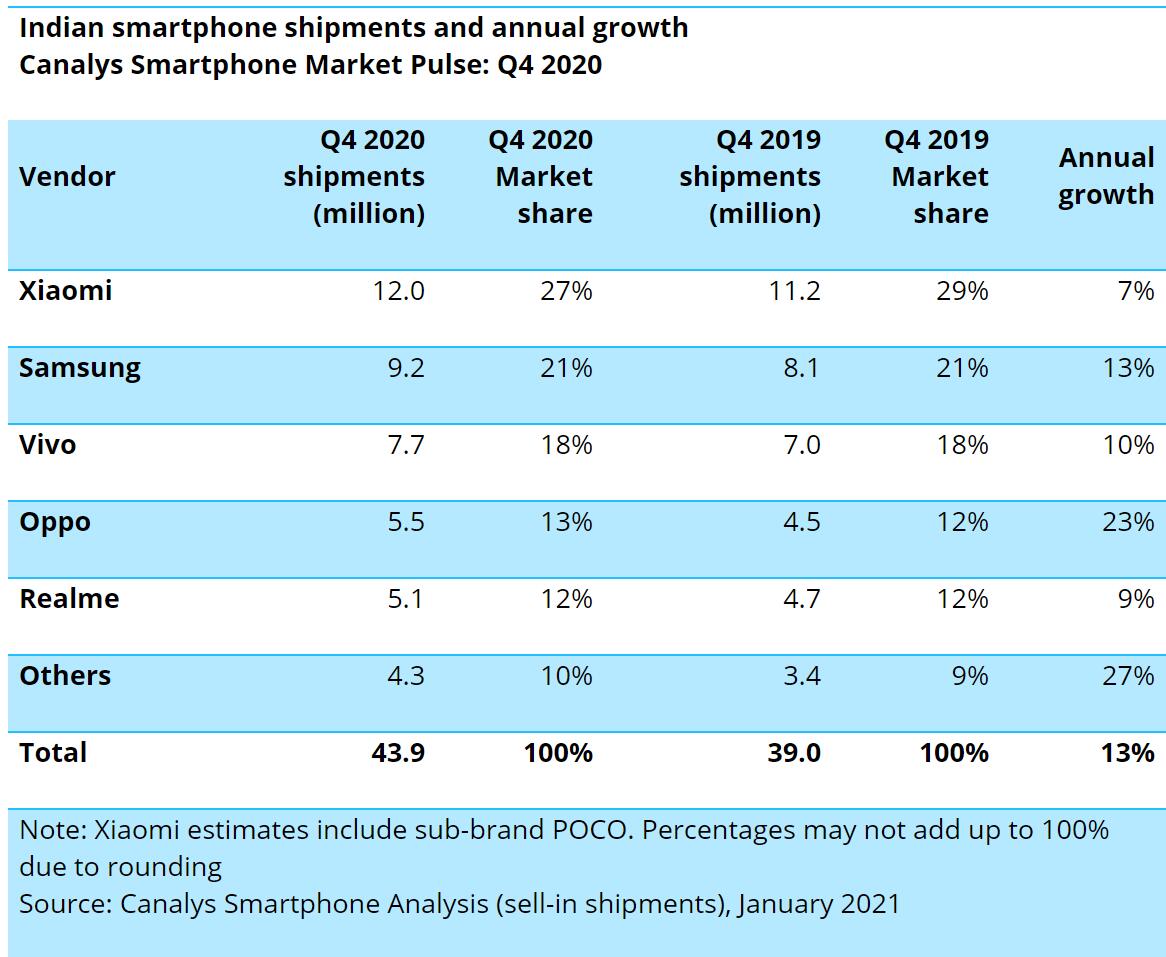 Varun Kannan, a research analyst at Canalys, expects the market to rise further as Indian carriers get ready to roll out 5G services.

Smartphone shipments in India posted double-digit growth in the fourth quarter of 2020, continuing the recovery momentum that began in the third quarter and setting the stage for continued growth in 2021, according to the latest data from Canalys.

Despite a weak first half, Indian smartphone shipments grew 13 percent year-over-year to 43.9 million units in the fourth quarter and declined 2 percent for the year to 14.5 million units.

Thanks to government production incentives, the upcoming 5G rollout, and the entry of new players, "we expect the industry as a whole to recover even faster in 2021," he said. 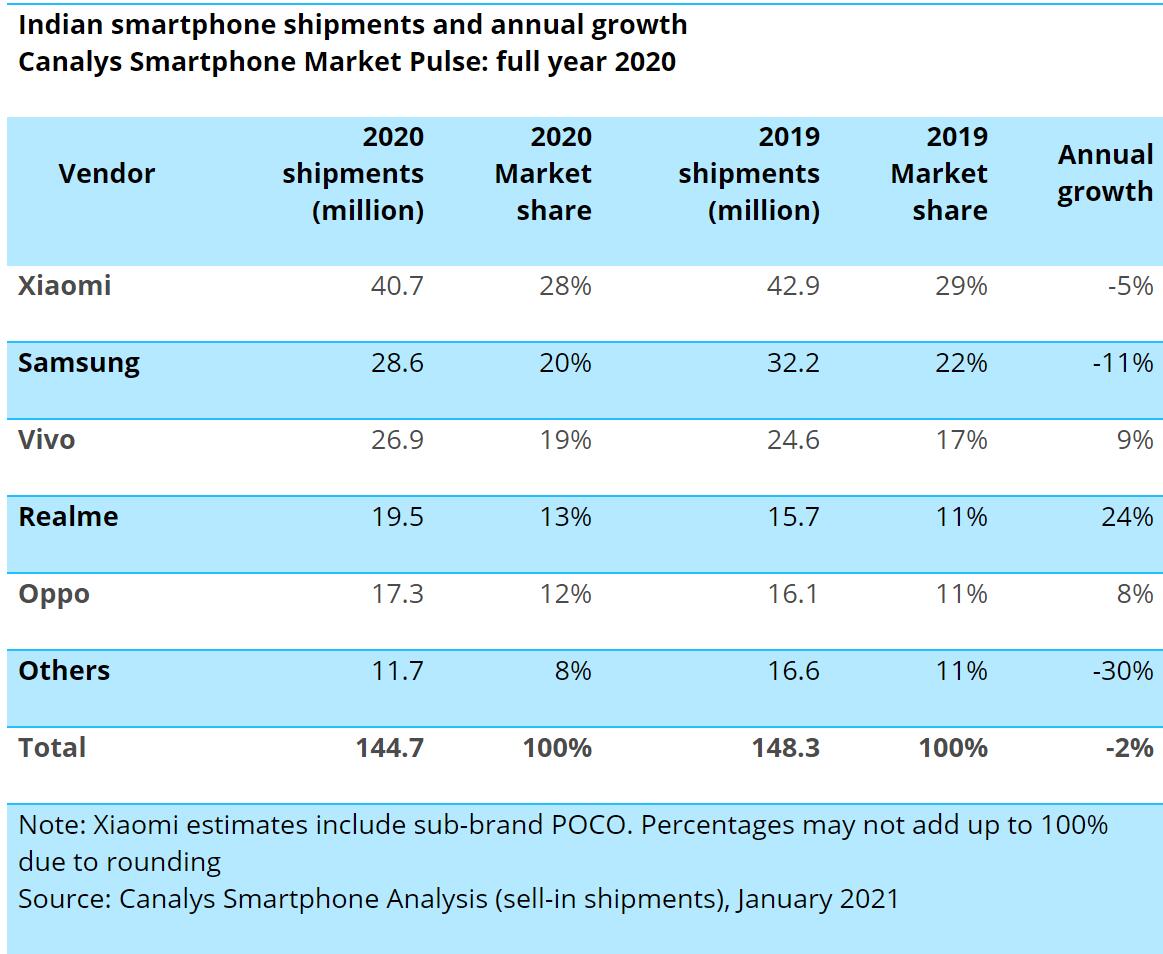