Huawei, Apple and Xiaomi are the most recommended cell phone brands in China

Apple came in second with a C-NPS of 16.5, up two spots from last year's ranking.

Xiaomi was third with a C-NPS of 12.8, also up two spots from last year. 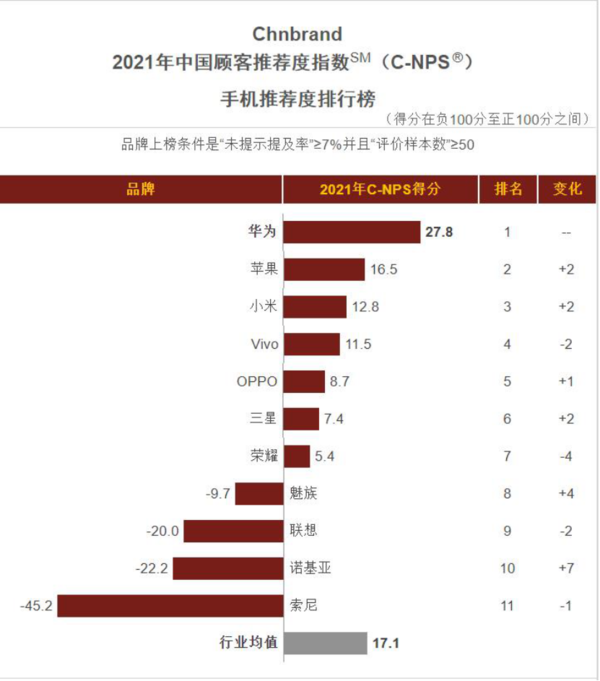 Among the cell phone brands on the list, Sony ranked at the bottom with a score of -45.2.

C-NPS reflects the extent to which consumers with consumer experience are willing to recommend a company's products or services to others. It is calculated by subtracting the percentage of detractors from the percentage of positive referrals among existing customers of a company's products or services to obtain the Net Promoter Score.

The C-NPS, which ranges from -100 to 100, is calculated by asking consumers about their "intention to recommend the company to others" and setting an 11-point scale. A score of 9-10 is defined as Promoters, 7-8 as Passives, and 0-6 as Detractors, and a specific algorithm is used to derive the score, with higher scores indicating greater popularity.

Huawei exec says HarmonyOS is not a copy of Android or iOS, aims to reach 300-400 million devices this year