Huawei exec says HarmonyOS is not a copy of Android or iOS, aims to reach 300-400 million devices this year 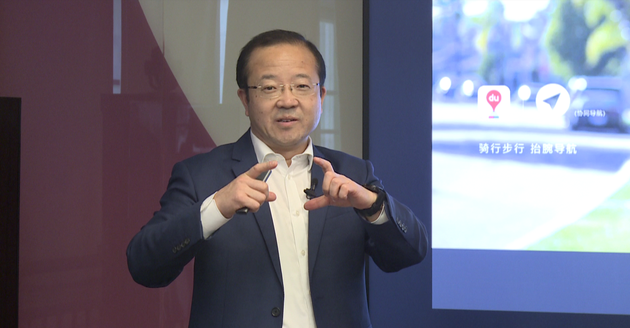 Huawei's goal for HarmonyOS is to be installed on 300-400 million devices by 2021, including at least 200 million Huawei devices, and 100 million third-party devices, Wang Chenglu, president of Huawei's Consumer BG software division, said today.

Wang said that global smartphone shipments have been slightly down since 2018, with roughly a 3 percent drop in 2019.

But the length of time consumers use their phones has also largely stabilized at four to five hours since 2018. All this information indicates that the development of the smartphone-based mobile Internet industry has reached a very important transition period, Wang said.

He pointed out that only the platform ecology of smartphones is very prosperous at present, while the applications on smartwatches, TVs, and cars are very few.

The reason is that the system on each hardware device is completely fragmented, we are familiar with as many as 20 or 30, which causes developers to want to do an application based on other hardware platforms will be very troublesome, he said.

With HarmonyOS , Huawei's goal is to use one system to solve the problems of all IoT hardware devices.

"There may be speculation that Huawei developed HarmonyOS because of US sanctions, and I'm telling you that's not the case," he said.

Wang said the development of HarmonyOS started in May 2016, when Huawei was thinking about what to do with the industry in the future after the smartphone industry had reached its apex.

Huawei's terminal business is so big that it's impossible to put all the ecological roots in someone else's system. These thoughts led to the creation of HarmonyOS, he said.

The goal Huawei hopes to achieve, Wang said, is to use one system to meet the system loading requirements of all kinds of hardware, large and small.

For consumers, using a variety of hardware can be as simple as using a smartphone. For developers, the business logic code can be developed once in the system and deployed on multiple devices.