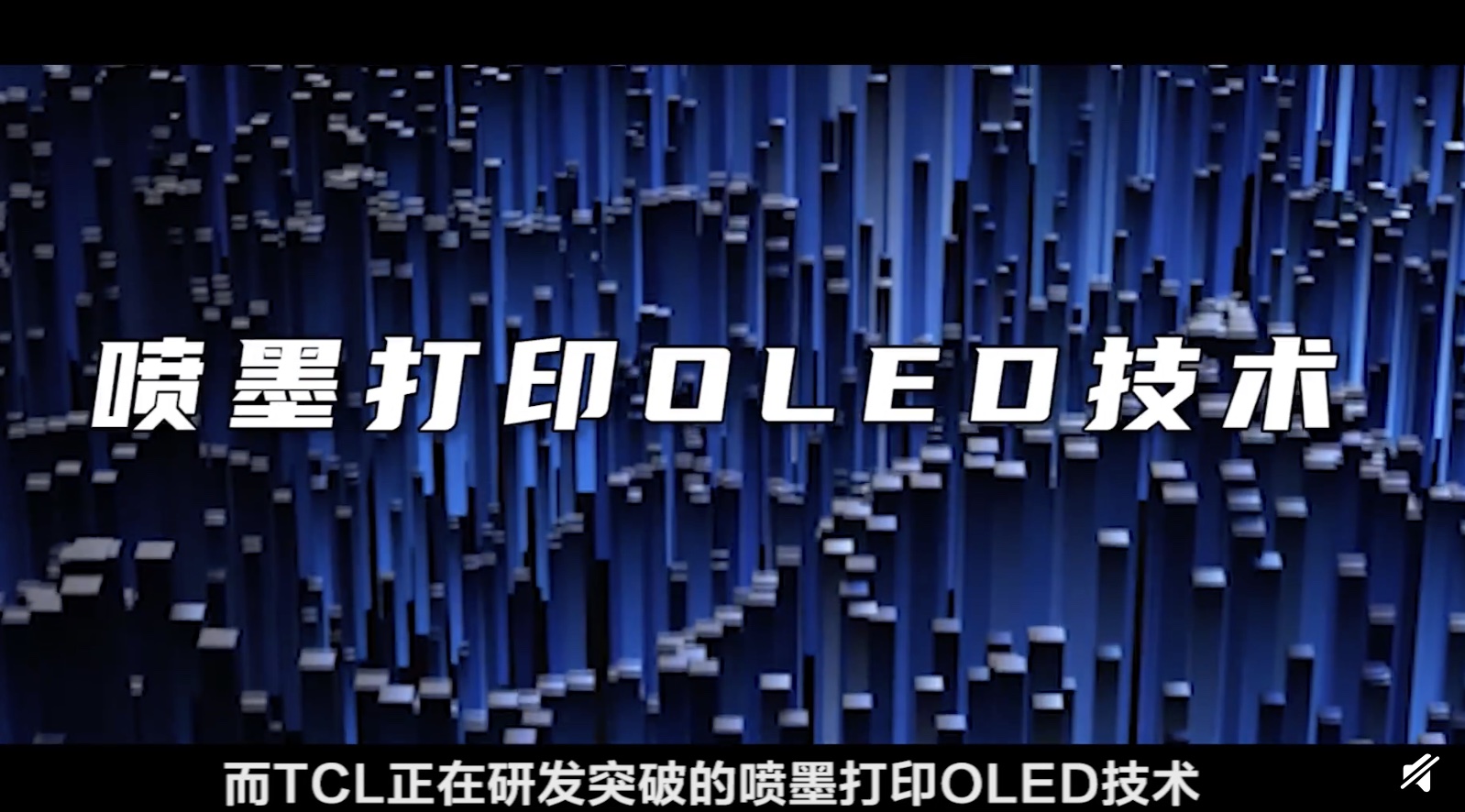 The technology can reduce production difficulties and costs, and can also be applied to the manufacture of OLED flexible screens.

The video mentions that traditional OLED screens use vapor deposition technology, in which the light-emitting material is heated in a vacuum to evaporate and form a light-emitting layer on the surface of the substrate, which is complex and costly to produce.

The inkjet printing OLED technology being developed by TCL reduces the difficulty and cost of OLED screen production, improves efficiency and yields, and helps reduce the cost of high-end cell phones and TVs.

Also, the technology can be applied to the manufacture of flexible screens, the video says.

JOLED is a pioneer and leader in printed OLED technology and the first company in the world to mass produce the technology, with a large number of technology patents.

TCL will cooperate with JOLED in the design, development and manufacturing of large-size inkjet printed OLED devices to achieve large-scale industrial mass production.

Li said TCL will launch its flexible screen products with this technology at CES 2021, which will be held from January 11-14.