Huawei is about to hold a new event that is expected to launch high-end models of the MateBook 13 and MateBook 14, while the PC Huawei app market should be a major highlight of the new machine, according to digital blogger @勇气数码君. 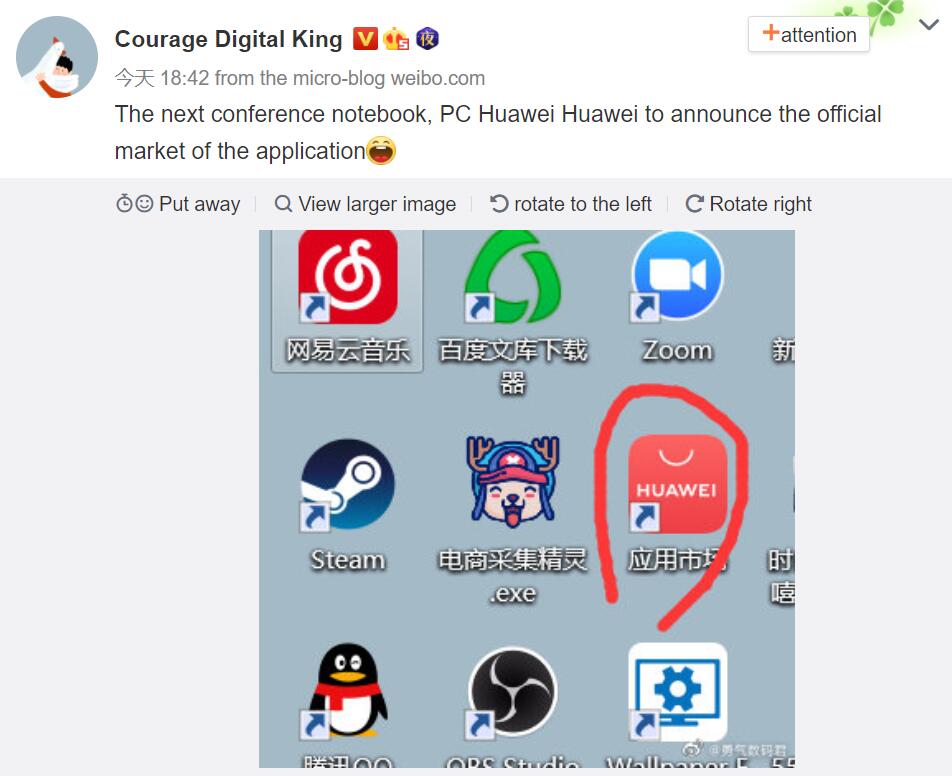 It was previously reported that Huawei had unofficially launched the Huawei application market for PCs, which has software that covers the majority of commonly used software compared to the current mainstream variety of software stores. 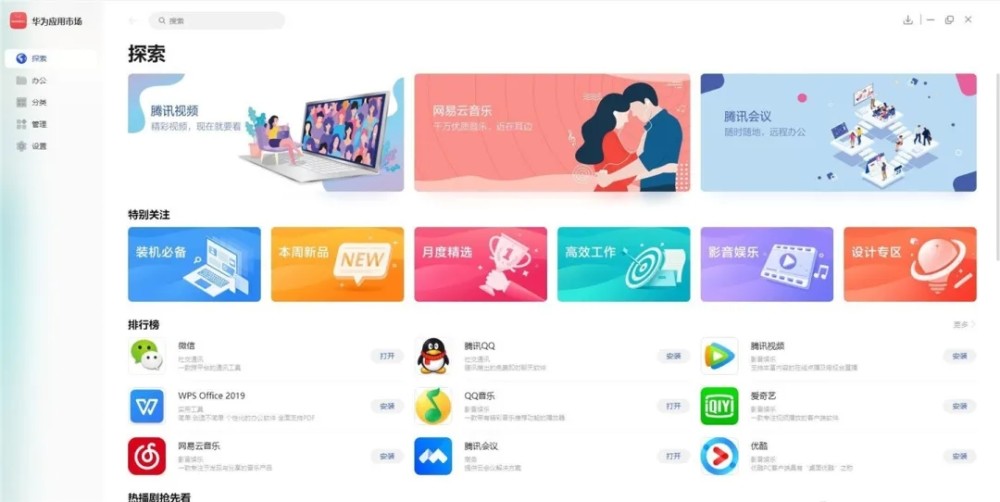 The "Explore" section provides a variety of commonly used software, such as Tencent QQ, WeChat, Tencent Video, WPS and so on.

Microsoft's official application market is virtually useless, and most of the software needs to be downloaded by users on their own to the official website, the launch of Huawei app market is expected to facilitate users to download applications.