WeChat is now available on UnionTech OS, the Chinese equivalent of Windows

As UnionTech OS, the Chinese equivalent of Microsoft Windows, becomes more well-known, more and more software is being adapted for it, and WeChat, which has more than 1 billion monthly active users, has become one of them.

Union Tech, the developer of the system, said today that WeChat for UnionTech OS has recently been developed and released on the UnionTech App Store. 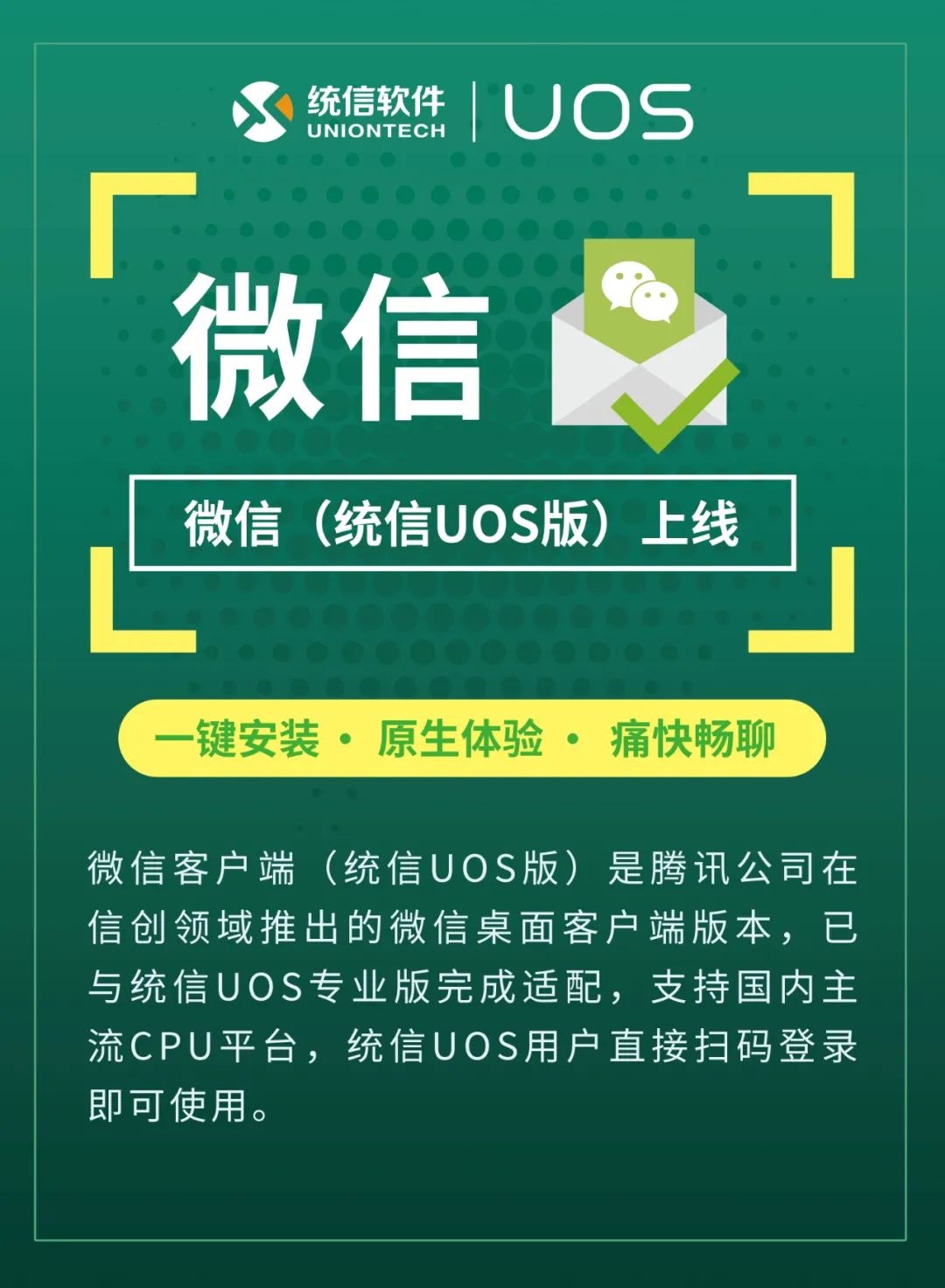 UnionTech OS users can get a one-click installation experience, without the need to whitelist them beforehand as before.

WeChat is the most popular chat app in China developed by Tencent, and the company reported 1.21 billion monthly active users in its third-quarter earnings report in early November.

UnionTech OS users can simply search for "WeChat" in the search box of the app store, find "WeChat (Linux)" in the search results, complete the installation with one click, and scan the QR code to log in.

Previously, users have to use Wine, a free and open-source compatibility layer that aims to allow software developed for Microsoft Windows to run on Unix-like operating systems, to get access to WeChat.

In August, UnionTechOS V20 Personal Edition (1010) was released, upgrading some Wine applications to achieve a native application experience, with QQ, WeChat and other common popular applications can be used perfectly.