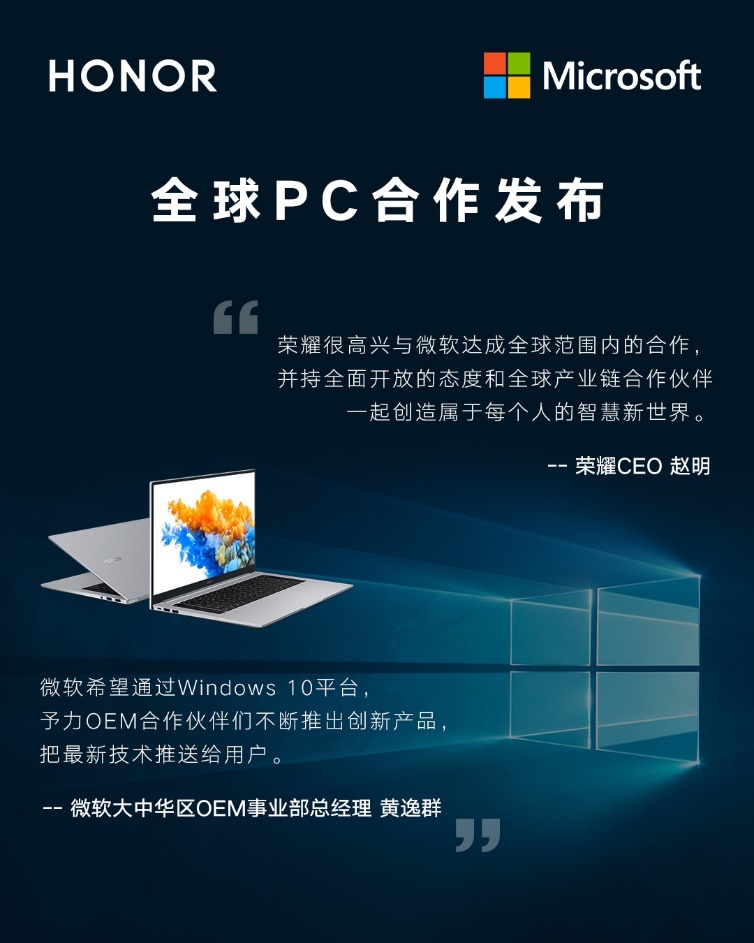 Chinese smartphone maker Honor today announced that it has signed a global partnership agreement with Microsoft to adopt the US tech giant's Windows 10 as the official operating system for Honor laptops worldwide.

Honor CEO George Zhao said Honor is pleased to enter into a global partnership with Microsoft to bring consumers PC products with superior design, performance and experience through a mainstream operating system and technology.

In January 2021, Honor's MagicBook Pro laptop, powered by Microsoft Windows 10 and Intel Core i5 processors, will arrive in overseas markets after the Chinese market.

Honor also said that the next generation of Honor's MagicBook series will also be released in China in January 2021.