Xiaomi inlays Snapdragon 888 chip on Xiaomi 11 launch invite, albeit a bad one 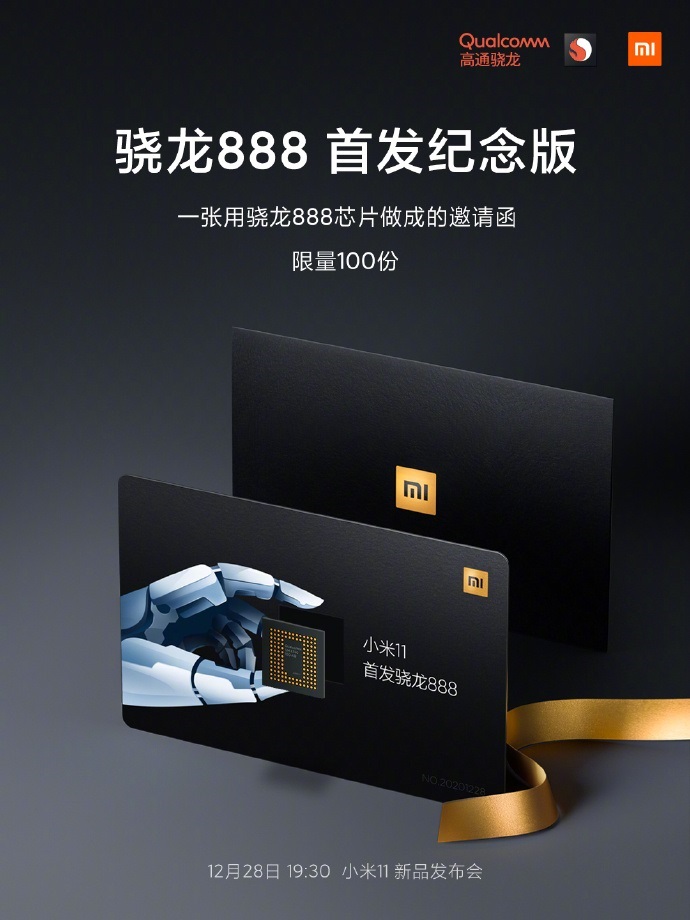 As Xiaomi 11 is about to launch, Xiaomi has announced the "coolest invitation ever" - a card with a real Snapdragon 888 chip on it.

Xiaomi said that the invitation was limited to 100 copies. This approach immediately generated a lot of attention.

Later, Pan Jiutang, a partner in Xiaomi's Industrial Investment Department, said that the invitation did contain a real chip, but it was a bad product, and the attached chip was more of a ritual.

Previously, there were other phone manufacturers who inlaid chips in their invitations, such as the launch invitation of Honor Magic 2 which came with a Kirin 980 chip.

Xiaomi will launch the Xiaomi 11 smartphone on December 28 at 19:30 GMT, which will be the first product of the new decade for Xiaomi.

At the Qualcomm Snapdragon Technology Summit in early December, Xiaomi has announced that the Xiaomi 11 will be one of the first devices in the world to be powered by the Snapdragon 888 processor.

This processor has a powerful GPU and AI performance, as well as the world's leading 5G communication technology.