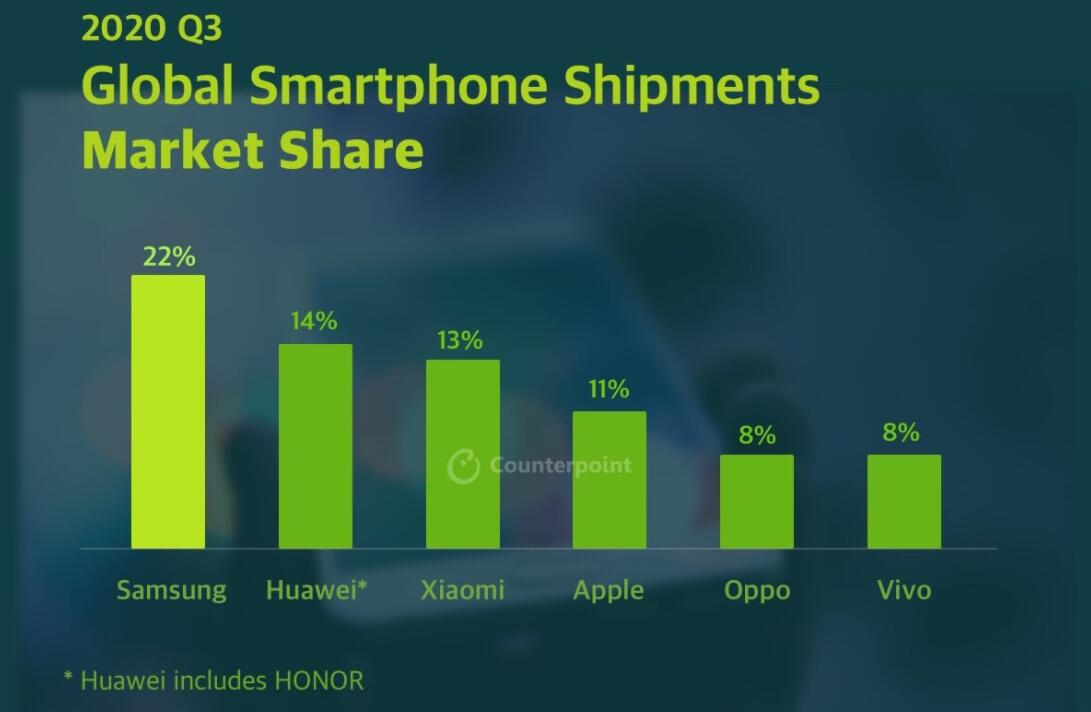 Samsung shipped 80.4 million units in the third quarter, a record high for the past three years, according to a report released earlier this month by market research firm Counterpoint Research. That's up 48 percent from the previous quarter and up 3 percent year-on-year.

Samsung's market share reached 22 percent, returning it to the top spot in the global smartphone market.

Huawei (including Honor) had a 14% share, ranking second. It is worth noting, however, that Honor has now been spun off from Huawei and is targeting 100 million shipments next year.

Xiaomi shipments grew 75 percent from the previous quarter to account for 13 percent of total global smartphone shipments. This is the first time Xiaomi has overtaken Apple as the world's third-largest smartphone maker.

OPPO and Vivo both had an 8% market share, ranking fifth and sixth.

Overall, the global smartphone market shipped 366 million units in the third quarter, down 4 percent year-on-year, but up 32 percent from the previous quarter.