China's three major telecom operators - China Mobile, China Unicom and China Telecom - will launch a shared platform for handling 5G messaging by the end of this year or early next year to accelerate the commercialization of this new technology, the official Economic Information Daily reported Friday.

The report cited industry sources as saying that the commercialization of 5G messaging will be based on interoperability, with the three carriers sharing a messaging platform and unified settlement at the end of each year based on their respective access volumes.

Construction of the platform is currently underway and is scheduled to be launched by the end of this year and early next year at the latest, the sources said.

Asked why the three carriers share a messaging platform, the sources analyzed that the main reason is to achieve interoperability and industry win-win.

According to the "5G messaging white paper" previously released by China's three major carriers, operators will work together to create a standard, open and win-win ecosystem during the commercialization of 5G messaging.

GSMA data shows that the current global space for A2P messaging (application messaging) is $60 billion and is expected to grow to $90 billion by 2021, while the market space for RCS could be greater than $150 billion.

Dongxing Securities estimates that China's 5G messaging market size will be about RMB 100 billion by 2030, which is about 2.6 times the national mobile SMS business revenue in 2019. 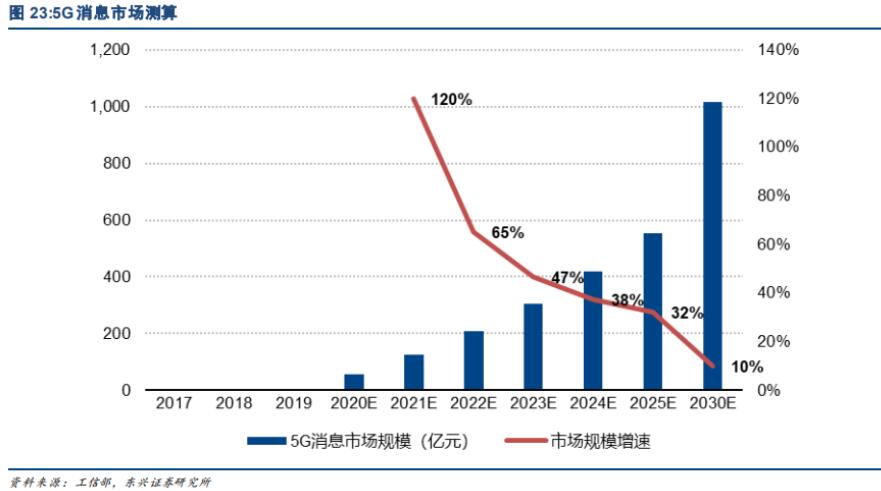