Yu said XPeng was part of the "Fab Four" Chinese EV makers, which also include NIO, Li Auto, and WM Motor, that represent an emerging class of automakers backed by large technology companies and local governments looking to disrupt the auto industry.

"We believe our thesis has been playing out both on the ground as sales and brand awareness grow, and in the capital markets where all four companies have seen their valuations rise considerably," Yu wrote in his report.

"Along with Tesla, we believe these automakers are increasingly destined to conquer the Chinese auto market, supported by an investor base who is eagerly willing to support this endeavor, leading us to expect multiple winners in the new EV world order," the report noted. 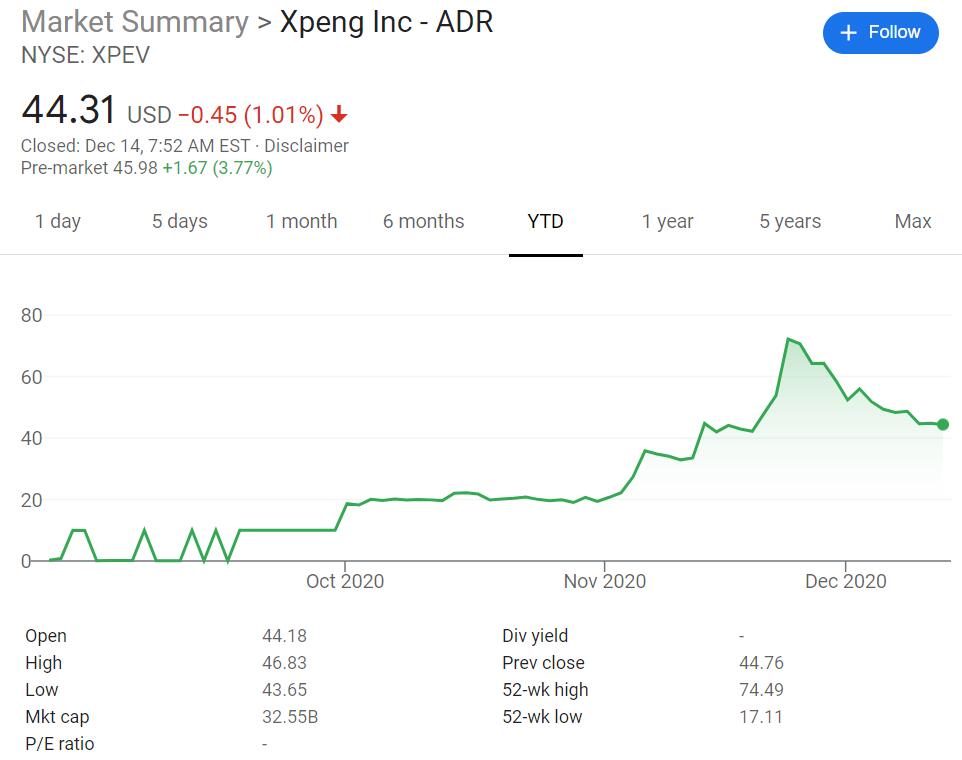 On Sunday, the XPeng P7 was selected as the 2021 "Car of the Year" from 40 finalists in the Xuanyuan awards, known as the "Oscars" of China's automotive industry.

The nomination committee said the XPeng P7 catches up with the world's advances while striving to surpass them and begins to build self-confidence, representing the cultural identity of a new generation of consumers and a new pursuit and expectation for the future of Chinese automobiles.

Two weeks ago, UBS raised raised the price target on XPeng from $25 to $59 while downgrading the rating from Buy to Neutral.

UBS said it believes XPeng's share price rally has largely priced in its positive drivers. The bank sees current valuation as ahead of its updated intrinsic value derived with DCF, but fair in relative terms.