Alibaba has been fined RMB 500,000 ($76,500) by the Chinese market regulator for violating the Anti-Monopoly Law. This amount is the maximum fine under the law.

China's State Administration for Market Regulation (SAMR) said the Internet industry is not a place where the anti-monopoly law cannot be regulated.

The SAMR said that although the fines were low, the penalties could signal to the society that anti-monopoly regulation in the Internet sector would be strengthened, dispel any possible fluke and wait-and-see mentality of some companies, and have a deterrent effect.

Alibaba was fined because of its investment in the acquisition of Intime Retail's equity interest.

Two other companies, China Literature and Shenzhen Hive Box Technology, were also fined RMB 500,000 each for the same reason.

Alibaba shares went down by 1.5 percent in pre-market trading. 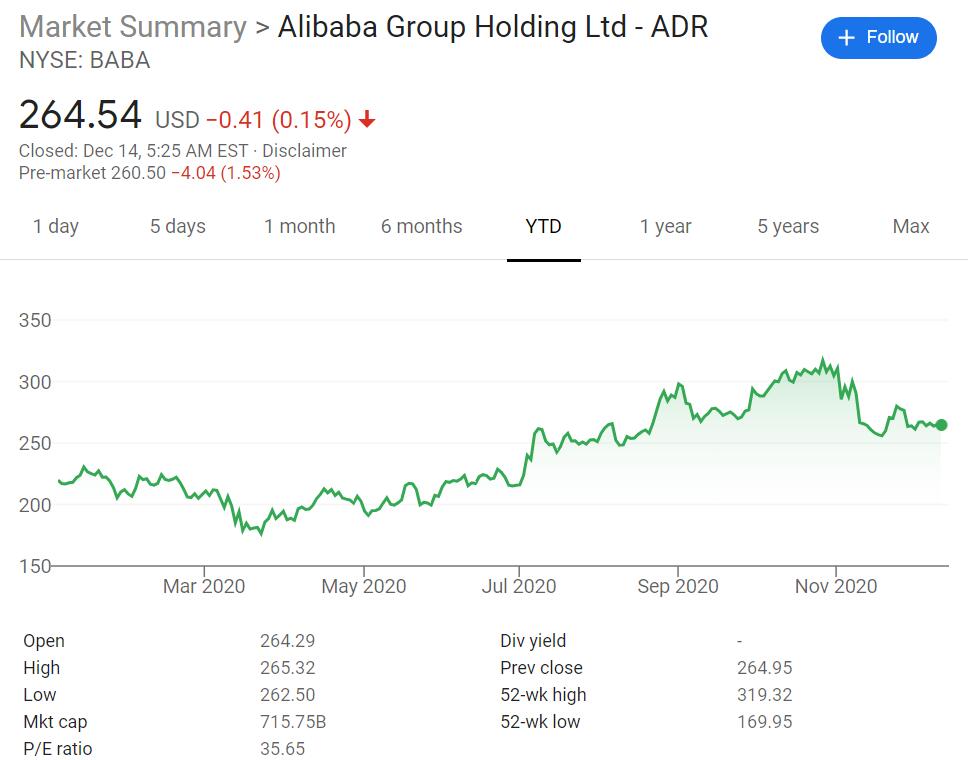