On the way to catch up with Tesla, where did NIO, Li Auto and XPeng spend their money? 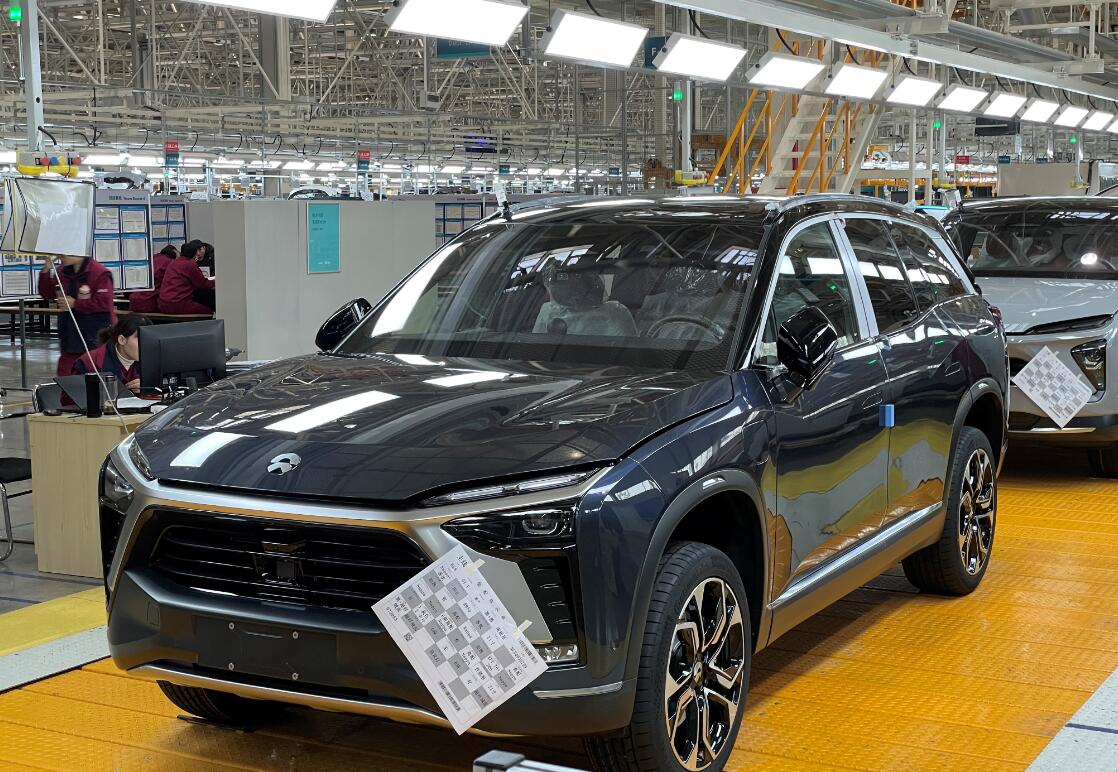 NIO, Li Auto, and XPeng are all facing competition from Tesla in the Chinese market. All three companies have recently announced plans to issue additional ADSs to raise more capital, so one wonders what they have spent their money on in the past.

In a recent presentation, Wang Dean, chief analyst of the automotive industry at Ping'an Securities, analyzed the capital spending directions of NIO, XPeng, and Li Auto, which provides important reference values for us to judge the future development trend of the new car makers.

The following is the main content of his speech.

NIO is characterized by its user-centered approach, and it burned a lot of money in the early days of its establishment to hold product launch events. The company also concentrates its resources on R&D and marketing levels to improve after-sales service, hoping to create the highest premium for the NIO brand.

After a significant expansion in 2018, the company was making great efforts to streamline its sales force and scale down marketing expenditures in 2019, allowing sales and administrative expenses to be effectively controlled. At the same time, rent and depreciation expenses from the expansion of its experience stores remained at a high rate of growth.

The increase in its R&D expenses is mainly due to the steady growth in design and development expenses from new model launches and the year-on-year climb in the number of R&D personnel.

NIO's 2019 R&D headcount increase slowed, allowing for some control over employee compensation. The company indicated that future annual R&D investment will be around RMB 3 billion.

Li Auto has had strong cost control capabilities since its inception. In terms of operational efficiency, Li Auto is the closest to Tesla in terms of single-store efficiency performance.

Li Auto's sales and administrative expenses were RMB 690 million and RMB 110 million for the first quarter of 2019 and 2020, respectively.

The cost of validation testing prior to the launch and mass production of Li ONE in 2019 and the expansion of R&D staff brought about a rise in R&D expenses.

It saw a year-on-year decline in design and development expenses in the first quarter of 2020, but R&D personnel expenses remained positive and R&D expenses declined slightly overall.

Li Auto's capital expenditures in the first quarter of 2019 and 2020 were RMB 950 million and RMB 120 million, respectively, mainly for the acquisition of plant, equipment, tools and lease improvements, as well as retail stores, distribution and service centers, and laboratories.

The company expects to spend RMB 10.4 billion in capital expenditures over the next three years for the development of manufacturing facilities for future models, production capacity enhancements and sales and service network expansion.

XPeng is the closest to Tesla's level of autonomous driving among the three companies.

The latest XPeng P7 is equipped with 31 sensors to enhance safe driving perception and will be equipped with LIDAR in the future, hoping to build a vision system that surpasses Tesla's.

XPeng has achieved many breakthroughs in the development of software algorithms for driving scenarios and user habits with Chinese characteristics.

XPeng's sales and administrative expenses in the first half of 2019 and 2020 were RMB 1.2 billion and RMB 800 million, respectively.

Its expansion of marketing executives and increased spending on sales and promotional activities in 2019 brought higher sales administration expenses.

Its expenses continue to increase at a high rate in the first half of 2020 mainly due to P7's marketing and advertising expenses and the increase in sales force and direct store rentals due to the continued expansion of sales outlets.

XPeng got a higher proportion of R&D expenses and capital expenditures to investment in 2018.

Its significant expansion of R&D staff in 2019 and the development and promotion of new models and platforms brought about a significant increase in R&D expenses.

In the first half of 2020, its sales and administrative expenses rose sharply to become the largest input item, while R&D expenses and capital expenditures showed a phased decline.

XPeng capital expenditures for 2019 and the first half of 2020 were RMB 1.9 billion and RMB 500 million, respectively, mainly for the construction of an automotive manufacturing plant in Zhaoqing.

An industry insider said, "the short-term market value changes, performance situation does not represent the full strength of China's new car-making power." The road to catching up with Tesla is still long, and in the future, it is still unknown who can really become the Chinese car company to counter Tesla.

But the amount of money they are spending on capital expenditures speaks for itself and is a sign of confidence and ambition.