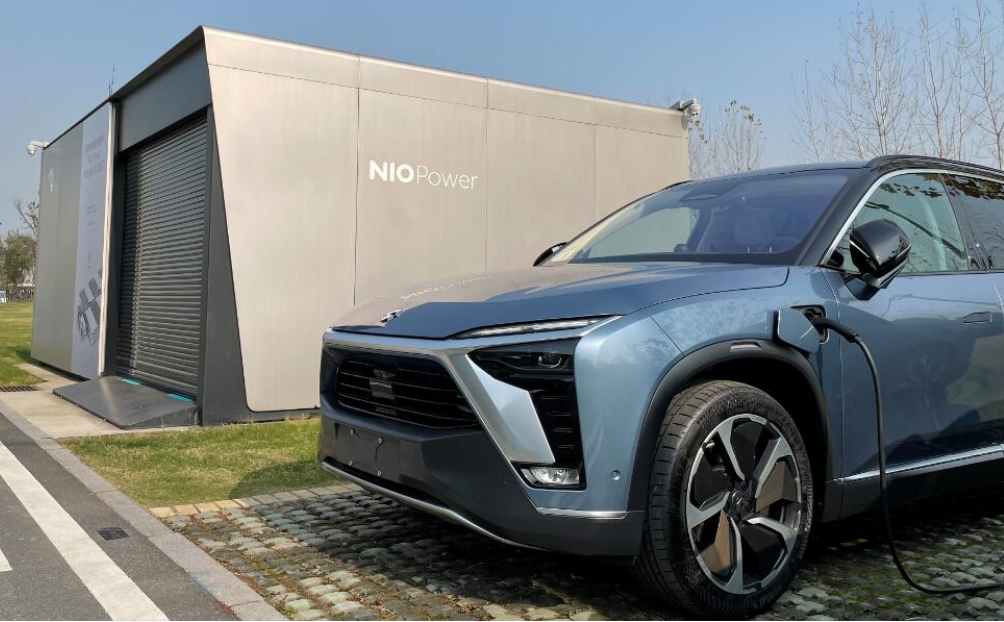 According to an article posted on the Chinese Ministry of Commerce website on Thursday, Wang Weidong, commercial counselor of the Chinese Embassy in Germany, met with Zhang by video on December 9 to exchange views on NIO's current situation and development plans.

Zhang briefed Wang on the recent development of NIO and also introduced NIO's overseas development plan, which was not detailed in the article. 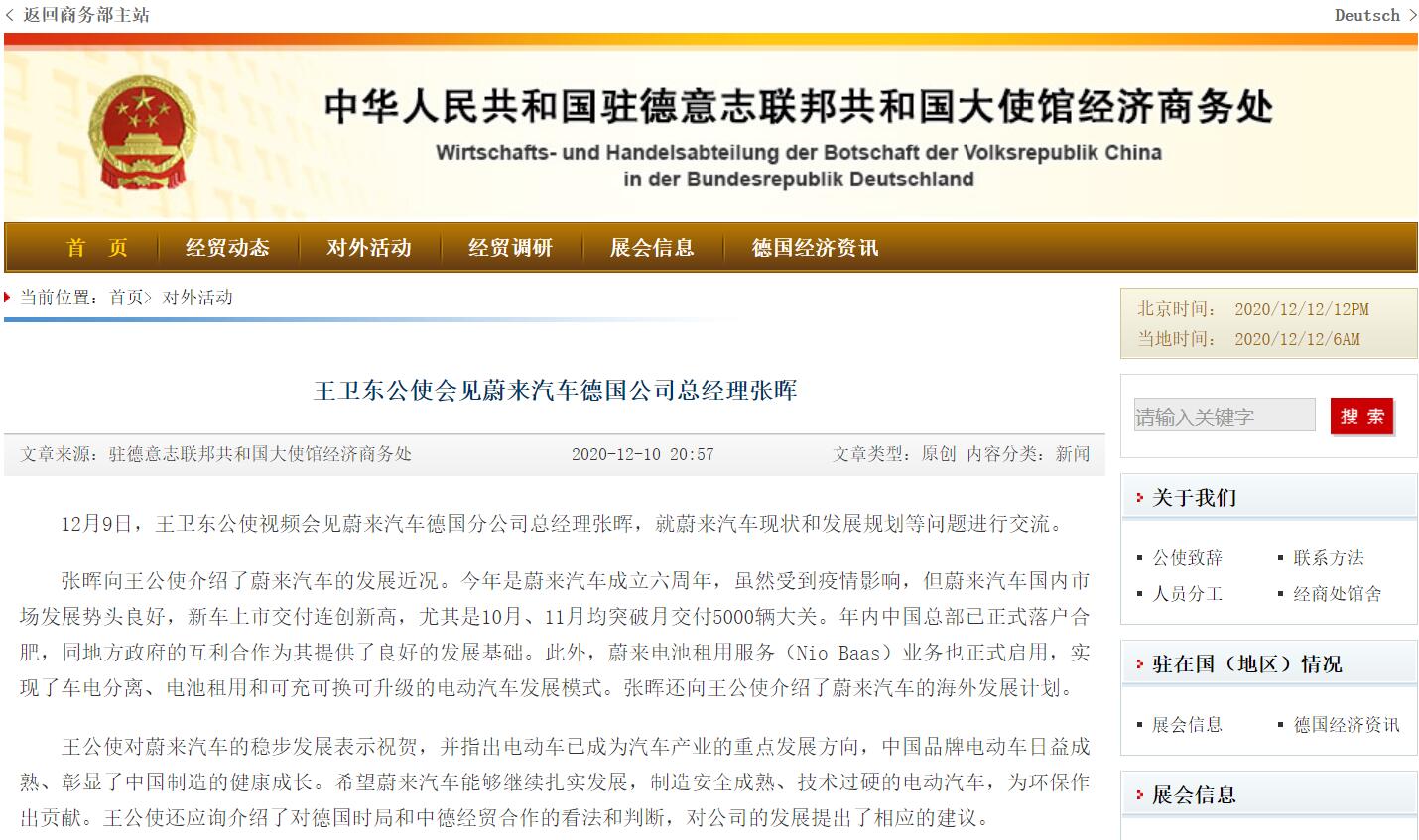 This year is the sixth anniversary of NIO's establishment, and despite the impact of Covid-19, NIO has been developing well in the Chinese market, Zhang said, adding that NIO's new car deliveries have reached record highs, especially in October and November, when they both exceeded 5,000 units per month.

Zhang mentioned that NIO China headquarters has been officially settled in Hefei this year, providing a good foundation for its development in cooperation with the local government, and the NIO battery rental service (Baas) business has been officially opened, realizing the development mode of electric vehicles with separate body and battery, battery rentable and rechargeable, battery swappable and upgradeable.

He expressed his hope that NIO will continue to develop solidly and produce safe and mature electric vehicles with reliable technology to contribute to environmental protection.

Wang also presented his views and judgments on the current situation in Germany and Sino-German economic and trade cooperation and offered corresponding suggestions for the company's development.

The meeting means that NIO seems to be not far from entering the European market.

On July 24 this year, William Li Bin, founder of NIO, said in response to a question about whether the company planned to enter the overseas market, "I should say that we are now close to thinking it through and have started to gradually enter the execution state, which means we are starting to prepare our products and personnel."

These years a lot of Chinese car companies that expand in overseas markets have done well, but not yet into Europe, the United States, they are still in some non-mainstream markets and regions, Li said, adding that "NIO's car positioning is relatively high-end, certainly into the mainstream high-end market, mainly Europe and the United States."

In November this year, Chinese media reported that NIO had made substantial progress in entering overseas markets and had set up an export business team, while internally launching a "Marco Polo Plan" for this purpose.

NIO's plan to go abroad will start from the European market, with the first stop in Copenhagen, Denmark, the report said.