Chinese electric car company XPeng Motors (NYSE: XPEV) announced today that it plans to issue an additional 40 million ADSs, with an over-allotment option of 6 million ADSs to the underwriters. Following the announcement, XPeng fell more than 10% in pre-market trading and is now down 7.36 percent. 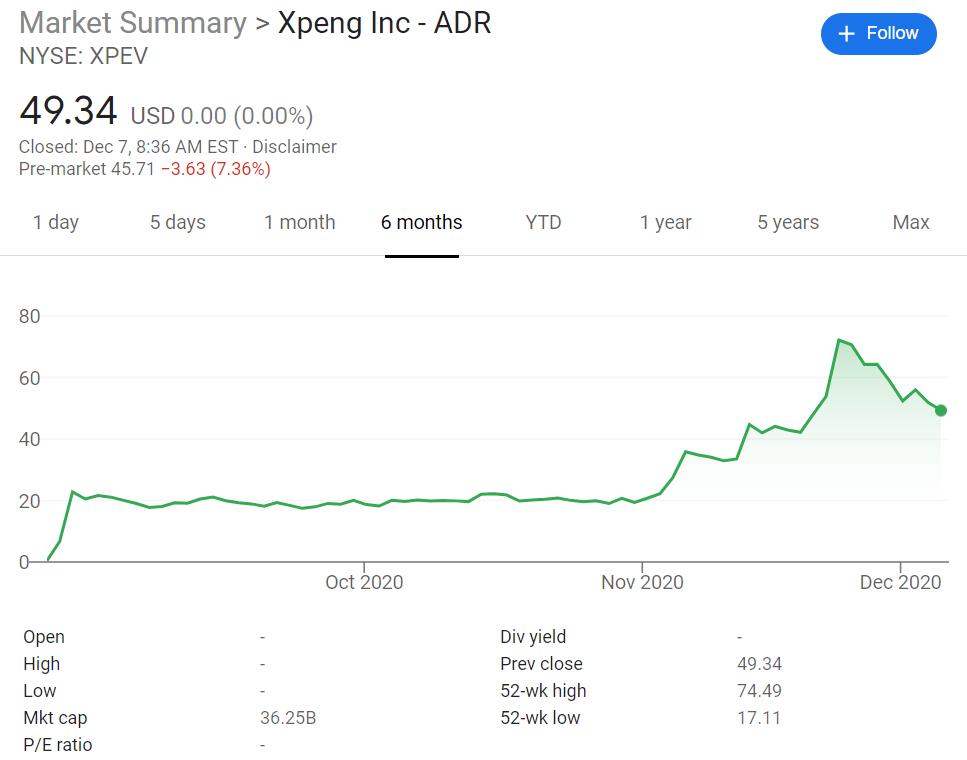 Each ADS represents two shares of Class A common stock, with a maximum price of $25.33 per additional Class A share, which is calculated as a maximum price per ADS of $50.66. The aggregate amount of the financing is expected to be up to $1.942 billion, after expenses, and $2.23 billion if the over-allotment option is fully exercised.

The aggregate amount of the financing, net of related expenses, is expected to be no more than $1.942 billion, or $2.23 billion if the over-allotment option is fully exercised.

XPeng expects to use the net proceeds from the proposed offering for (i) research and development of its Smart EVs and software, hardware and data technologies, (ii) sales and marketing and expansion of sales and service channels and supercharging network, as well as the expansion of its footprints in the international markets, (iii) potential strategic investments in core technologies of Smart EV, and (iv) general corporate purposes, including working capital needs.

According to analysts, China's new energy vehicle boom has been recovering rapidly since the second half of the year, making the capital market highly optimistic about the industry. However, at the same time, in the face of the high cost of car manufacturing, the new Chinese car manufacturing forces still lack of their own hematopoietic capacity.