The new version of the software displays zoomed-in images of intersections with arrows on the instrument cluster (Model S and Model X) and touchscreen (Model 3) to guide lane direction. 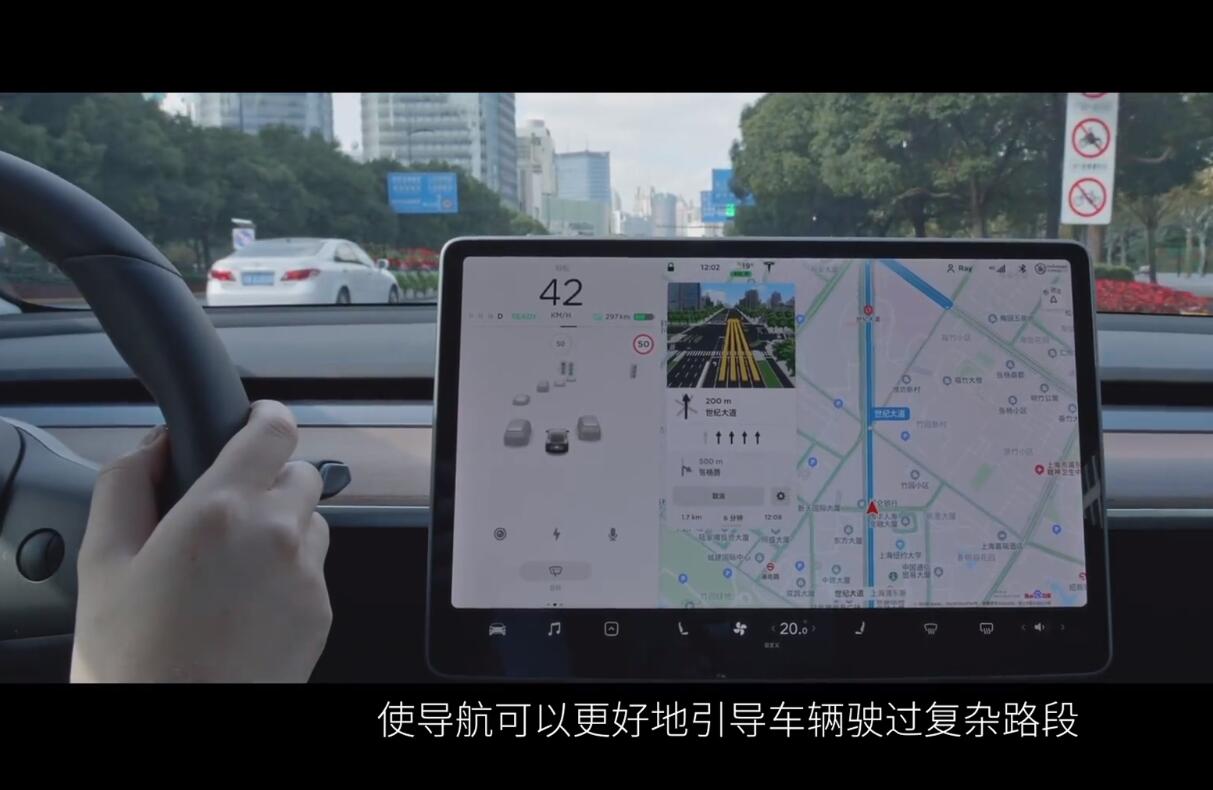 To better display China's highway intersections and city intersections, the new version of the software displays zoomed-in images of intersections with arrows on the instrument cluster (Model S and Model X) and touchscreen (Model 3) to guide lane direction.

How to set it up: Before enabling this feature, you need to download the 2020.48 maps data. Turn on navigation on the screen in the car, and zoom in at intersections will be displayed.

The vehicle also automatically plays the sender's phone number and message content recognizes the driver's voice, and converts it into an SMS reply text.

When the vehicle is traveling faster than 50km/h, if the driver applies emergency braking, the brake lights will flash rapidly and the hazard lights will turn on to warn other road users that your vehicle is slowing down in an emergency.

Sentry mode has also been improved to store a minute or so of video files from the CarLogger in the internal memory (whether or not a USB stick is inserted) when the alarm condition is triggered, and these files can be viewed in the CarLogger viewer. The files are stored for a month or deleted when the capacity reaches 200MB.

The TRAX gets a redesign that allows users to create audio compositions with just a few clicks. Use the drum machine and instrument selector for quick previews and mixes, or use the new tools and volume control keys for reordering, looping, and mixing.

Format USB flash drive option will be disabled when security alert works or when multiple mounted devices are detected. 2.

3. Fix the problem of duplicate text appearing when typing in the search box of the browser.

4. According to relevant regulations, the pedestrian alert function that is temporarily disabled will be automatically enabled when driving gear is activated next time.

5. According to relevant regulations, red charging icon is added on the instrument panel (SX) / touch screen (M3) while charging.

7. Repair the problem that the saved home/work address or navigation history is lost after waking up the vehicle from sleep.