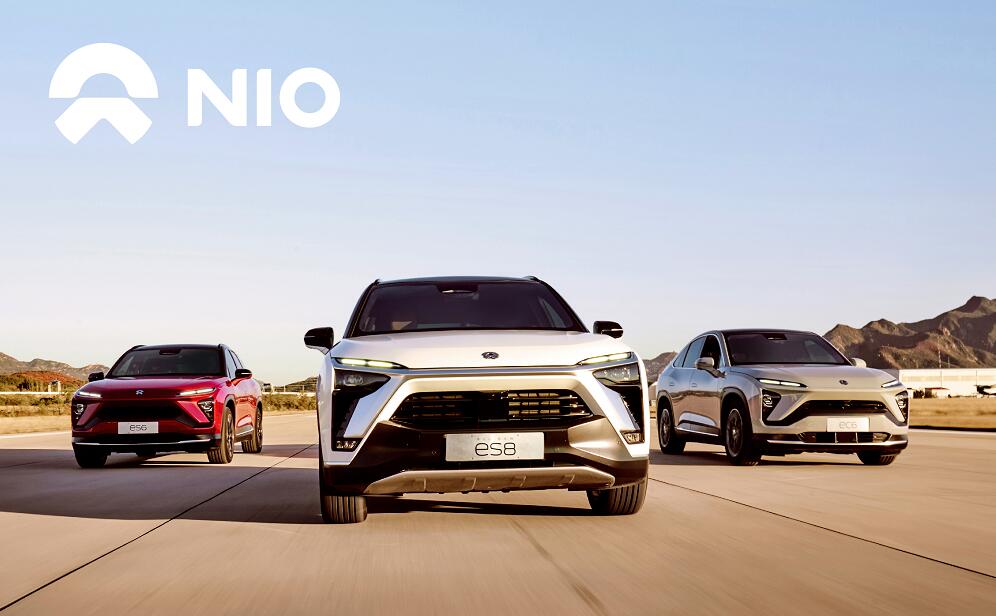 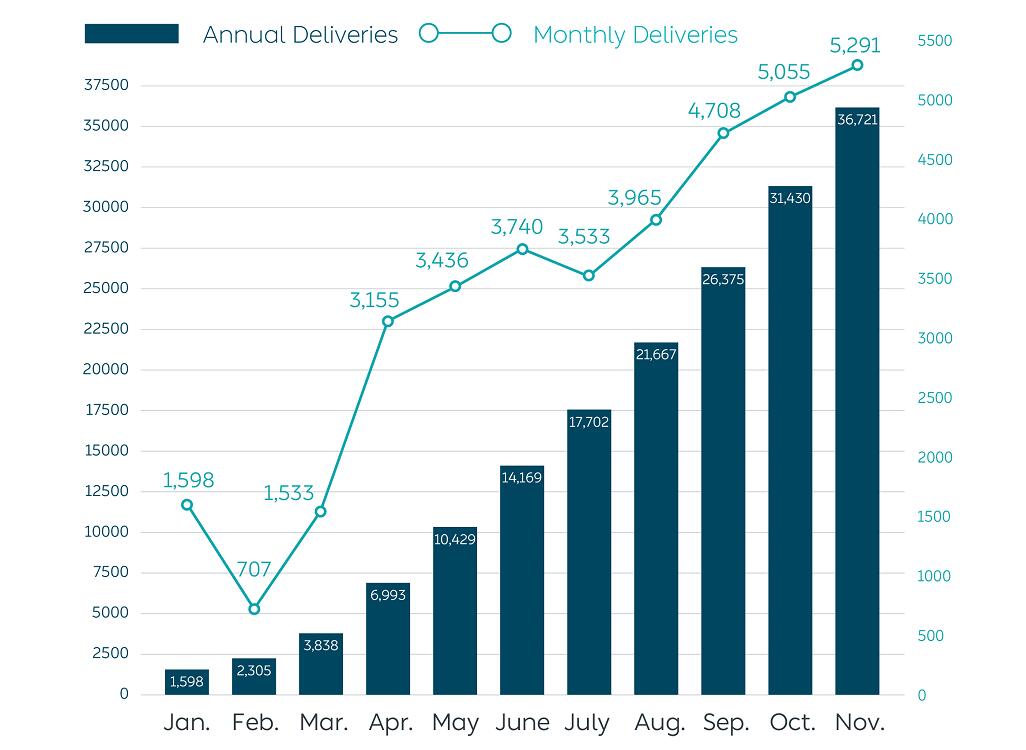 NIO said it is in the process of accelerating the production capacity expansion in December 2020 to accommodate the increasing order growth.

NIO shares went up by more than 3 percent in pre-market trading. 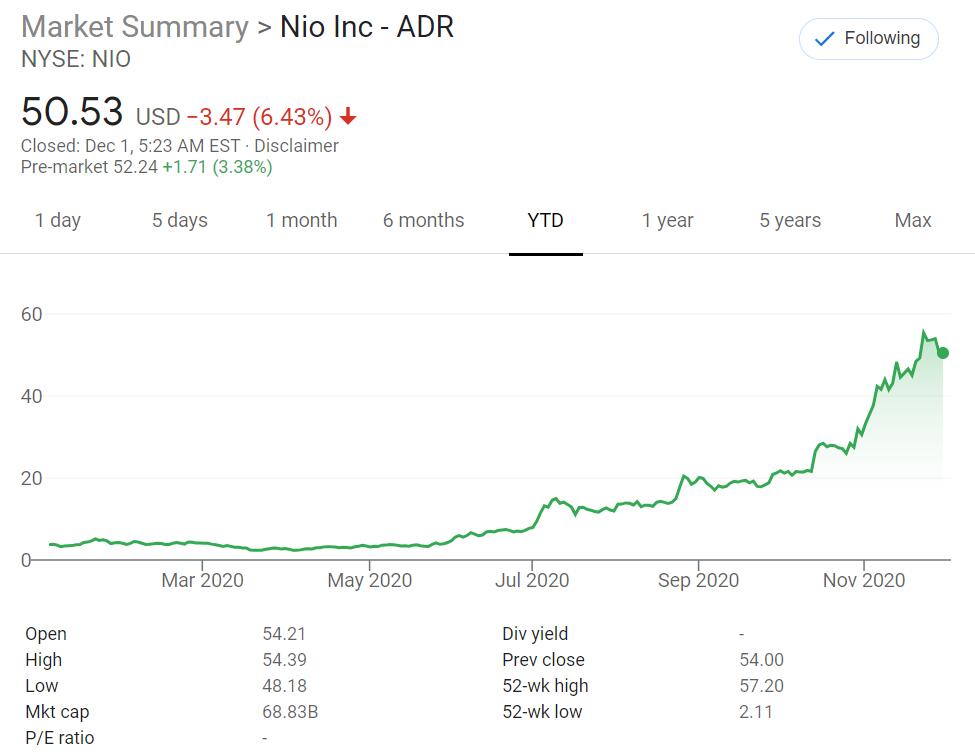 The record delivery comes as no surprise, as China's new energy vehicle market is growing rapidly and NIO, as one of the industry's most recognized companies, has a golden opportunity.

Shen Feng, executive vice president of NIO, said on October 27 that NIO sales were setting new all-time highs every month, "which we estimate may become a norm in the near future and reflects customer acceptance."

Shen said at the time that NIO's stock price was going up, which reflects the capital market's recognition of the future. At the same time, the government is very supportive of NIO.