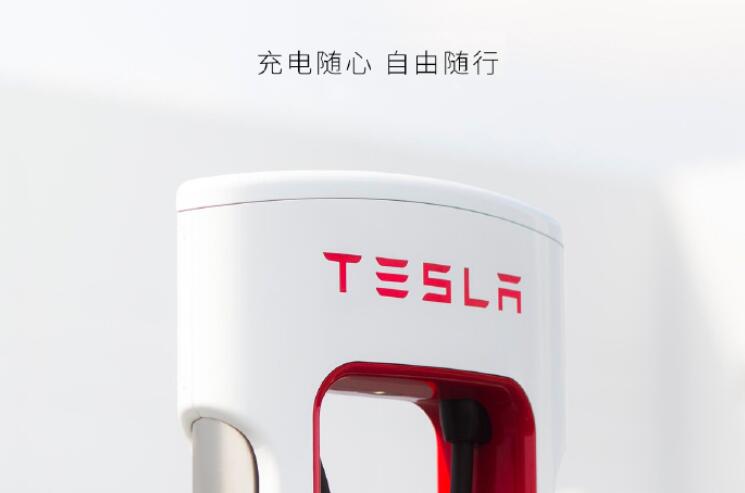 Tesla's 500th Supercharger station in Chinese mainland has gone online in Shanghai, the company said on its official Weibo page on November 30.

The station is located in the surface parking lot behind the hotel at No. 12 Hengshan Road in Shanghai's Xuhui District, and is equipped with nine V3 charging stations on site. 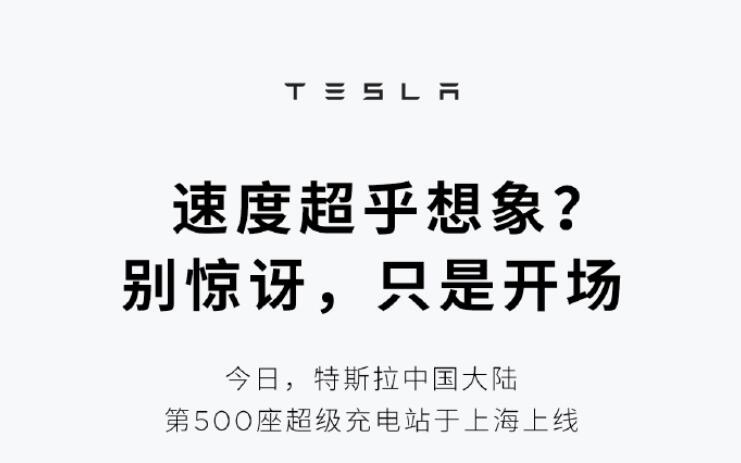 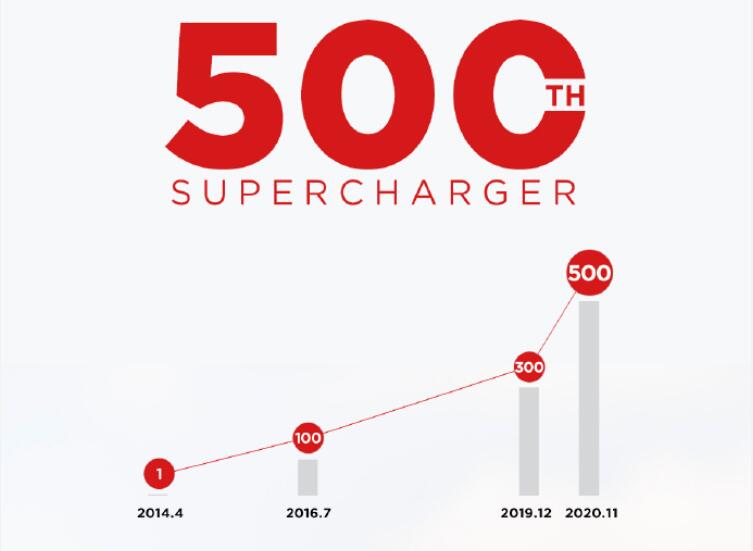 At present, Tesla's Supercharger stations have covered 61 cities in China.

According to Tesla's latest weekly report, Tesla has more than 20,000 Superchargers around the world and will build nearly 650 Superchargers in China by the end of 2020.

Tesla recently filed a document stating that it hopes to build a new factory in Shanghai to produce electric vehicle charging stations.

With China's new energy market gradually picking up favorable policies being launched, Tesla is further expanding its development in China.