These are the Apps most used by Chinese users The 11 known games in the Games category all saw varying degrees of growth, as did the 6 eCommerce games and 6 mobile reading games.

According to Trustdata, the list is based on Chinese mobile Internet users, and is calculated by collecting some samples multiple times under the bright screen and by building a data model.

Currently, Trustdata only has samples from the Android user base to collect, so the data may not represent all iOS users.

China reduces ATMs by over 40,000 in H1 due to impact of WeChat and Alipay 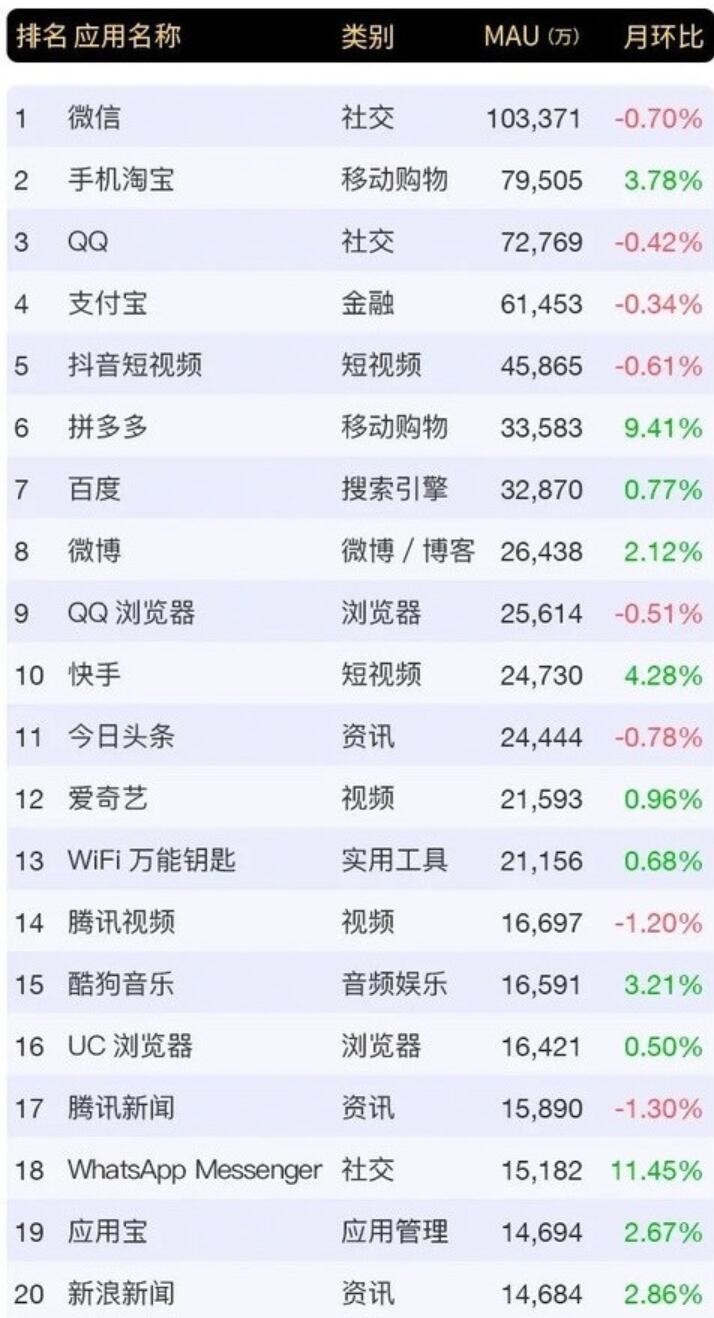