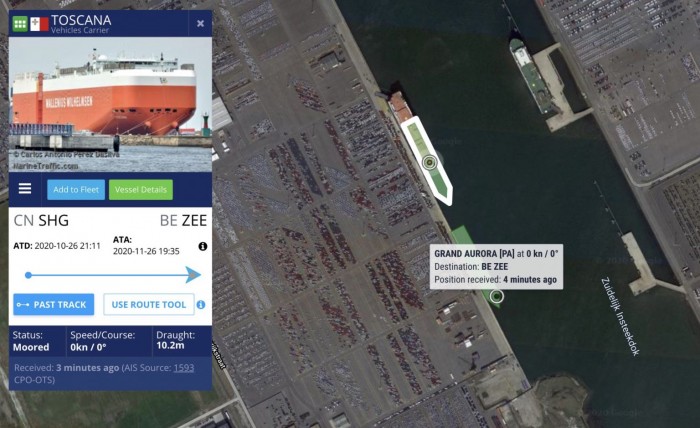 The first batch of more than 3,000 Tesla Model 3 cars made in China and exported to Europe arrived in the port of Zeebrugge, Belgium on November 26 after a month-long sea voyage, and started loading and unloading operations on November 27.

According to Xinhua News Agency, Tesla exported about 7,000 cars to Europe, in two shipments, the first ship arrived on the evening of November 26th loaded about 3,600 cars, the second ship is expected to arrive in Zeebrugge port in early December.

The cars will be shipped to Germany, France, Italy, Spain, Portugal, Switzerland and other European countries for sale.

Grace Tao, vice president of Tesla, said in an interview with Xinhua that Tesla has witnessed China's economic recovery under the haze of Covide-19, which strengthens the world's confidence in China's market and economy.

Tesla's Shanghai Gigafactory is the first Tesla facility to be built outside of the United States. Tesla announced in October that the Model 3 made in China would be exported to Europe for the first time, less than two years after the start of construction on Tesla's Gigafactory in Shanghai Lingang.

In addition, Tesla's stock closed up 2.05 percent at $585.76 on Friday, another all-time high. The company overtook Warren Buffett's Berkshire Hathaway to become the sixth-largest company in the United States by market capitalization.

As of Friday's close, the Silicon Valley electric car maker had a market capitalization of $555.2 billion, compared to Berkshire's $543 billion, according to the data.

The news of the impending inclusion in the S&P 500 sparked a buying frenzy among investors, with Tesla shares repeatedly hitting record highs and its market capitalization surpassing the $500 billion mark for the first time in history earlier this week. The surge in Tesla's stock price has also helped the company's CEO, Elon Musk, add more than $100 billion to his net worth this year, surpassing Bill Gates as the second richest man in the world.