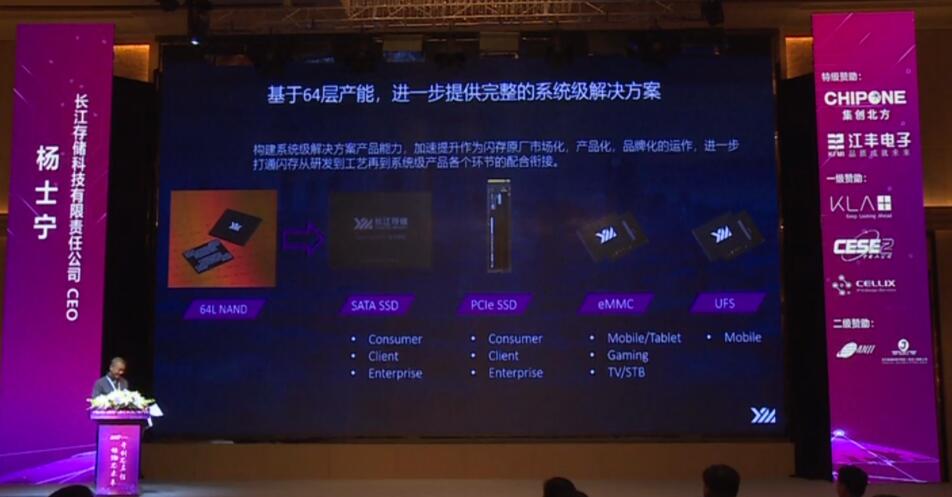 Although Yangtze Memory's 64-layer 3DNAND is only its first product, it is already being used in the Mate40's flagship device, Yang Shining, CEO of the Chinese memory chipmaker under the umbrella of Tsinghua Unigroup.

Yang mentioned this during his presentation at the 2020 Beijing International Conference on Microelectronics and IC World, held this week in Beijing.

Yang said that Yangtze Memory's 64-layer 3DNAND for the Mate40 illustrates the synergy between the Chinese semiconductor industry chain and the long-term opportunities for future development.

Yang also demonstrated the Xtacking technology, saying that Yangtze Memory is also at the forefront of the international semiconductor industry in this regard.

Yangtze Memory sub-brand ZHITAI launches SSDs with write speeds of up to 2,900MB/s