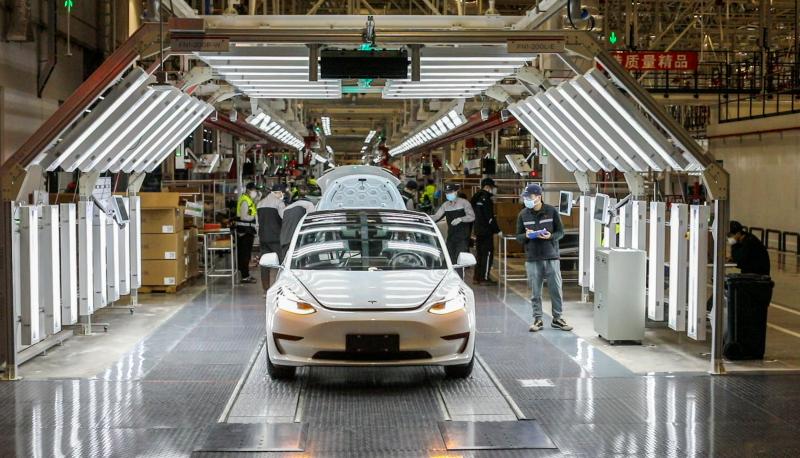 The Tesla Shanghai plant set an immediate target of producing 5,700 Model 3s per week in November, which could be enough to help Tesla meet its annual production and delivery expectations of 500,000 electric vehicles, according to 163.com.

Production and deliveries of the Model 3 started a year after Tesla's Shanghai plant broke ground, and the plant plans to maintain the same strong momentum through the end of the year.

According to the report, the Shanghai plant has updated its production target for November to 5,700 Model 3s per week, a slight increase from October. Last month, the plant set a goal of producing 800 vehicles per day (5,600 per week).

Based on the weekly production target for October, and taking into account the National Day holiday, the Shanghai plant plans to produce approximately 22,400 Model 3s during the month.

The final numbers show that the Shanghai plant produced 22,929 Model 3s in October, exceeding the target.

It turns out that after a year of operation, the Shanghai plant is not only meeting Tesla's expectations but also trying to exceed them.

The Shanghai plant has now set a new goal of producing 5,700 Model 3s per week, with November's production exceeding 22,800 units.

If the weekly target is maintained, the Shanghai plant could contribute nearly 70,000 vehicles to Tesla in the fourth quarter of this year, which should play a key role in helping the company meet its 2020 production and delivery targets.

The Shanghai plant has played an important role in Tesla's success for three consecutive quarters this year and will likely continue to contribute to the company's fourth-quarter goals, particularly its full-year goals.

During last quarter's earnings call, Tesla finally provided its expected guidance and announced that it remains on track to meet the targets it set at the beginning of the year.