US short-seller Citron is shorting NIO and says after a rocky road of trading, NIO has found itself in unchartered territory that can never be justified by its current standing in the China EV market or its near-term prospects. Citron gives NIO a price target of $25.

Citron said in a report on Friday that the recent mania of investors flocking to electric car makers in China shows no deeper understanding of a market that is marked by price cuts.

What makes NIO stock most vulnerable at these levels are 2 main points, the report said.

The first one is Tesla Model Y China Pricing. Anyone who is buying the stock has obviously not been paying attention to Tesla and the pricing of the Model Y in China. The brand cache of Tesla and its pricing has become a big problem for NIO's ES6 hatchback model, Citron said.

We continue to see some risk that Tesla could materially cut the price of its locally made (MIC) Model Y from 488k RMB ($73k) to something in the mid- to high-300k range ($56-58k). This could potentially hurt near-term sentiment and slow NIO's order book momentum considering it would be a direct competitor to NIO's EC6 and ES6.

Well, now local Chinese analysts are predicting that Tesla's Model Y will be priced substantially below the key price point that would be a threat to NIO according to DB.

"Recent estimates from securities firm Tianfeng Securities are pointing at something quite remarkable for Tesla's ongoing ramp in China. As noted by the firm in a recently-released research report, Tesla's strategy of passing its cost savings to customers could result in the Made-in-China Model Y starting at a very reasonable price of CN¥275,000 (about $41,000)."

Moreover, when Tesla was delivering a quarterly run-rate of 15K vehicles similar to NIO today, TSLA had a 45% share of the US EV market while NIO faces significant competition today and has a 3% share of the Chinese NEV market. Last month, TSLA sold more than double the number of vehicles in China that NIO sold, the report said.

The made in China Tesla Model Y is real and the pricing is compelling, it said.

"While we commend Baillie Gifford (love those people) and early investors, right now we are looking at a share structure and an investor base that is more interested in spinning a casino wheel. While the float is open after years of trading, the short interest is at almost a 2-year low," the report said. 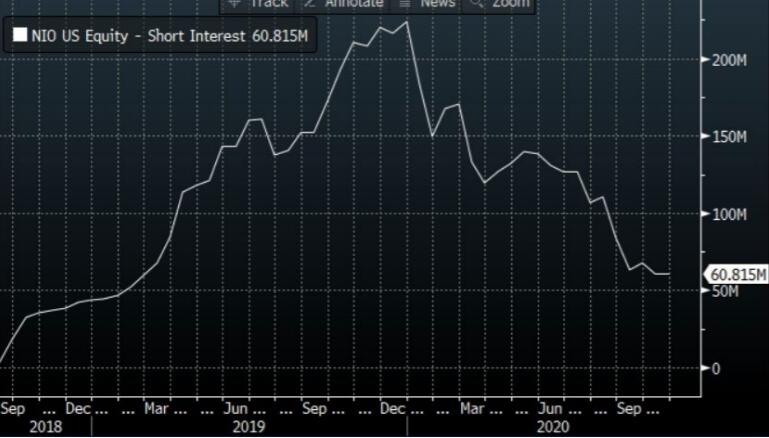 Anyone buying NIO stock now is not buying a company or its prospects, rather you are buying 3 letters that move on a screen. The China electric phenomenon is a real movement BUT there are better ways to play it, the report concluded, adding:

Consider this – Buffett backed BYD did $22 bil in sales and trades at 3x sales even after being up 400% this year and at these levels NIO trades at more than 17X sales.

Obviously, we will not even discuss NIO profitability. It is time for investors to rotate out of NIO, enjoy your profits and look for the next disruptive technology.

NIO shares were down by 7.74 percent to trade at $44.56 as of market close on Friday. The stock was up by more than 10 percent in early trading hours. 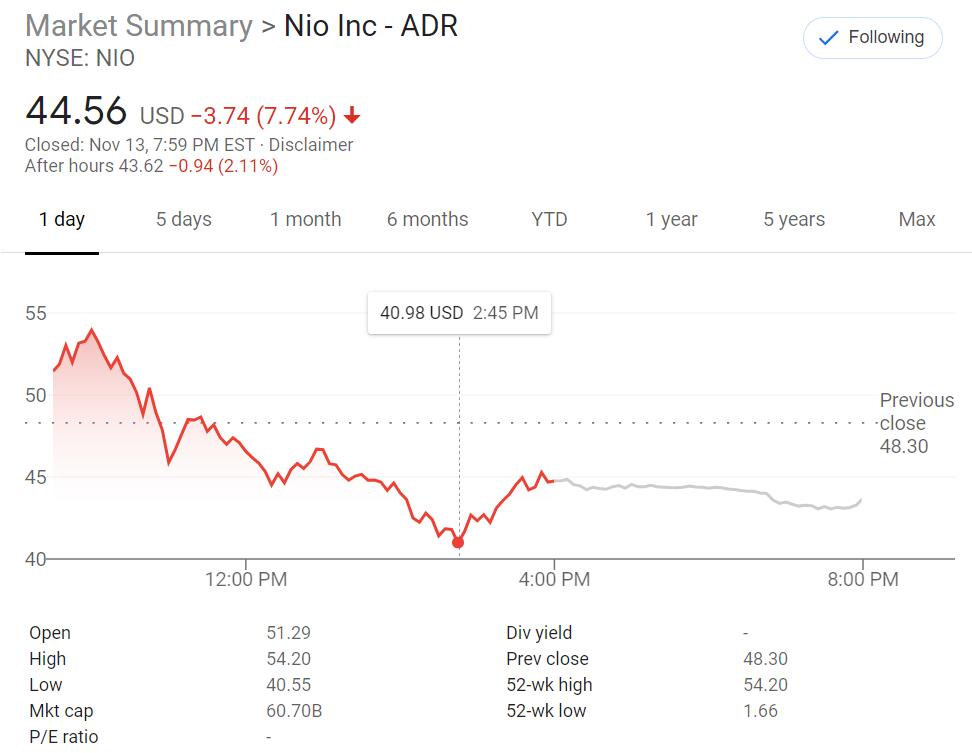