According to the data released by NIO, Li Auto, and XPeng at the beginning of November, they delivered a total of 11,781 new cars in October, surpassing the average monthly sales record of China-made Model 3.

The prices of their main models - NIO ES6, XPeng P7, and Li ONE - are all above RMB 250,000, breaking through the ceiling of Chinese brands. 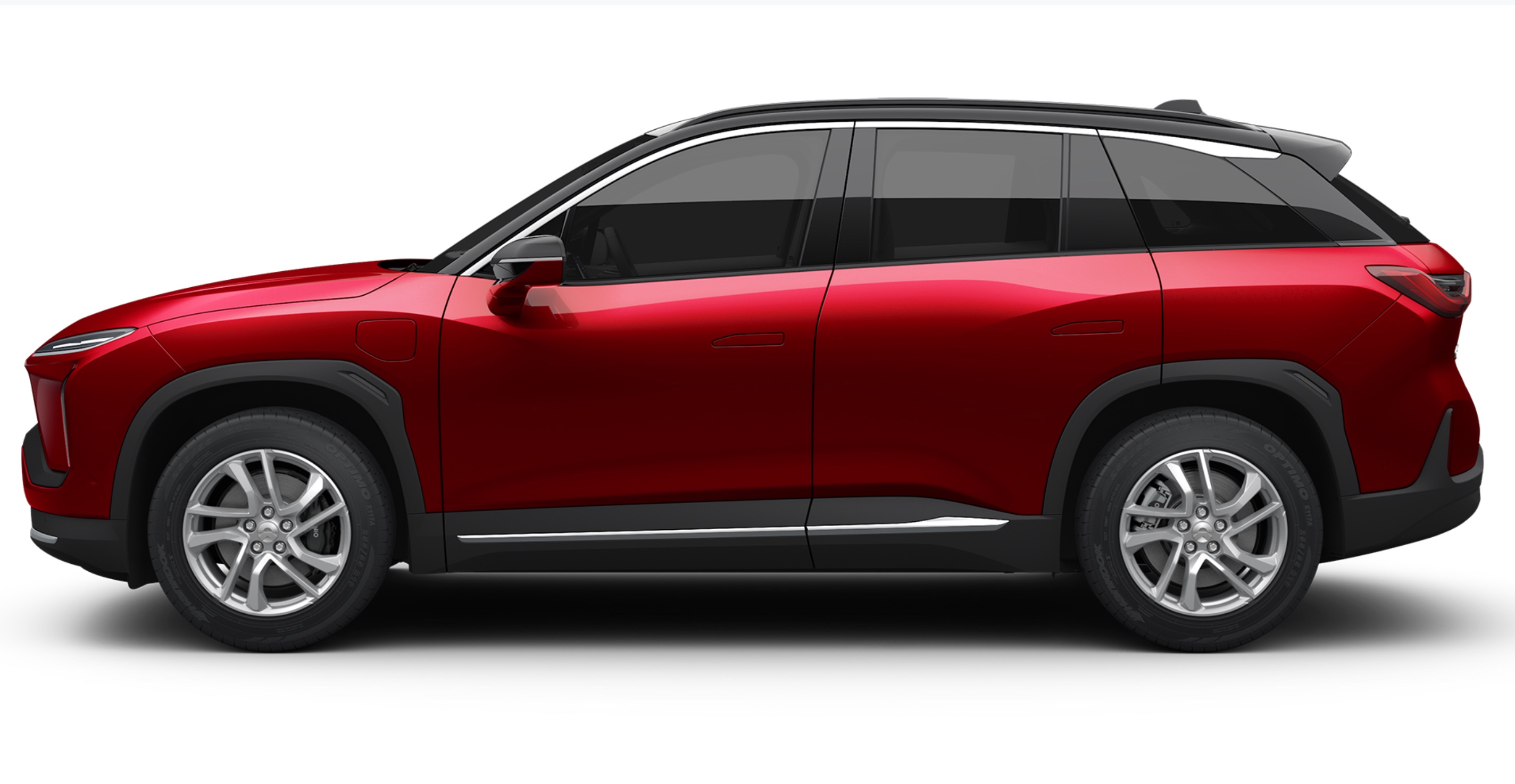 This seems to show that Chinese brands can still build cars that understand Chinese people, and their success also gives hope to other brands to "start up again".

The high-end route for Chinese brands

This past October, SAIC revealed its plan to build a new premium brand with the "L" project. With the announcement of the Aion series as a premium sub-brand and the debut of Dongfeng Motor's new premium brand Voyah at the Beijing Auto Show at the end of September, the Chinese brand is fully embarking on a high-end attempt in the new energy sector.

Consumers are no strangers to Chinese brands' high-end initiatives. Chinese brands have made many attempts to enter the premium market long before automakers, including NIO, sought opportunities at the top end of the market during the fuel car era.

Wey and Lynk & Co then became success stories because Great Wall Motors and Geely provided a solid user base and market scale in the mainstream market.

However, both Wey, Lynk&Co and the Hongqi brand, which has been successfully revived in the last two years, have always tried to avoid competing head-on with joint venture brands in terms of the pricing of their main products.

Chinese brands going upmarket have yet to achieve a complete breakthrough of the price ceiling. Not so with the new car-making powerhouse.

Take the Li ONE, for example, a hybrid SUV with extended-range technology that costs RMB 328,000 for both its six- and seven-seat versions.

Despite its inability to benefit from China's financial subsidies, it still sells more than 3,000 units a month, placing it among the top luxury midsize and large SUV sales. 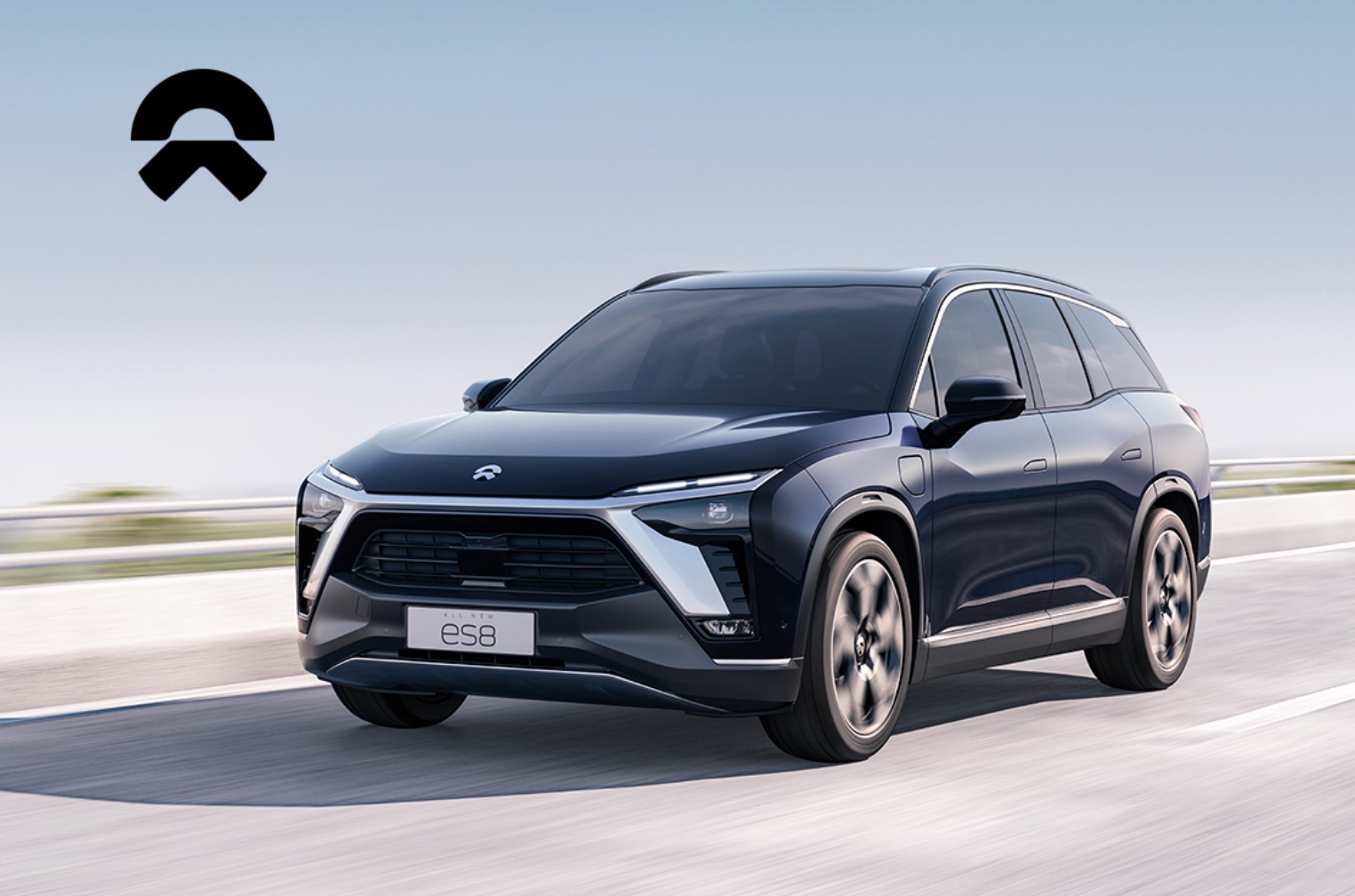 If the success of Wey and Lynk&Co in the fuel-efficient market relies on the foundation laid by Geely and Great Wall, then the NIO and Li Auto's premium route offers a completely different approach.

In the view of the new car-making forces, luxury and high-end no longer rely entirely on design concepts and materials but use the unique advantages of electric vehicles to achieve intelligent, technological, and evolvable, with high-tech ideas to complete the backlash against traditional luxury.

A new era has begun, as NIO's market cap surpasses that of BMW

It's often these innovative ideas that make the price of a car unquantifiable, and consumers are no longer preoccupied with the cost of materials.

With these pioneering explorations and attempts of NIO, Chinese brands have made a second impact on the high-end market in the era of electrification, and have also chosen the road of high intelligence and high performance. 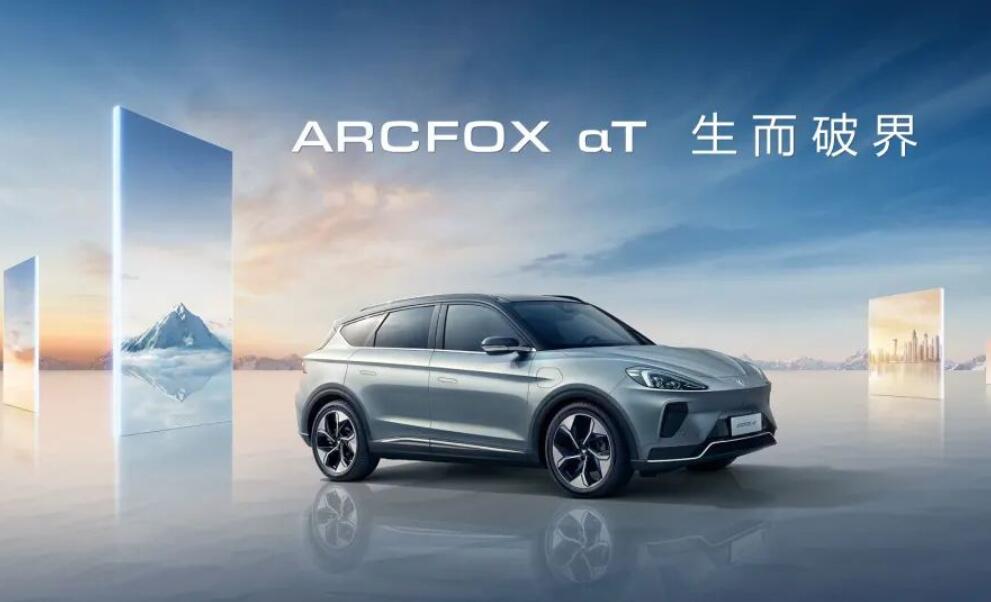 The price of high-end smart electric cars in China is heading above RMB 200,000

The new car makers' growing presence in the high-end market is evidence that Chinese consumers are more receptive to new brands than expected.

Why did Buffett invest in BYD and not Tesla?

NIO and Li Auto, for example, are targeting the RMB 300,000-plus market, a territory inherent to luxury SUVs, which isn't a big market, but consumers with that budget are more eager to try new things and more tolerant of new things.

Traditional brands have not yet entered the RMB 300,000-plus market, but have chosen to break through the RMB 200,000 ceiling and keep their prices within the RMB 300,000 range, which is subsidized by the state.

The same goes for the GAC New Energy Aion LX, which is the main selling model with the standard and long-range versions priced at RMB 230,000-RMB 280,000, and the dual-motor high-performance version priced at RMB 349,600 in the form of a branded totem. 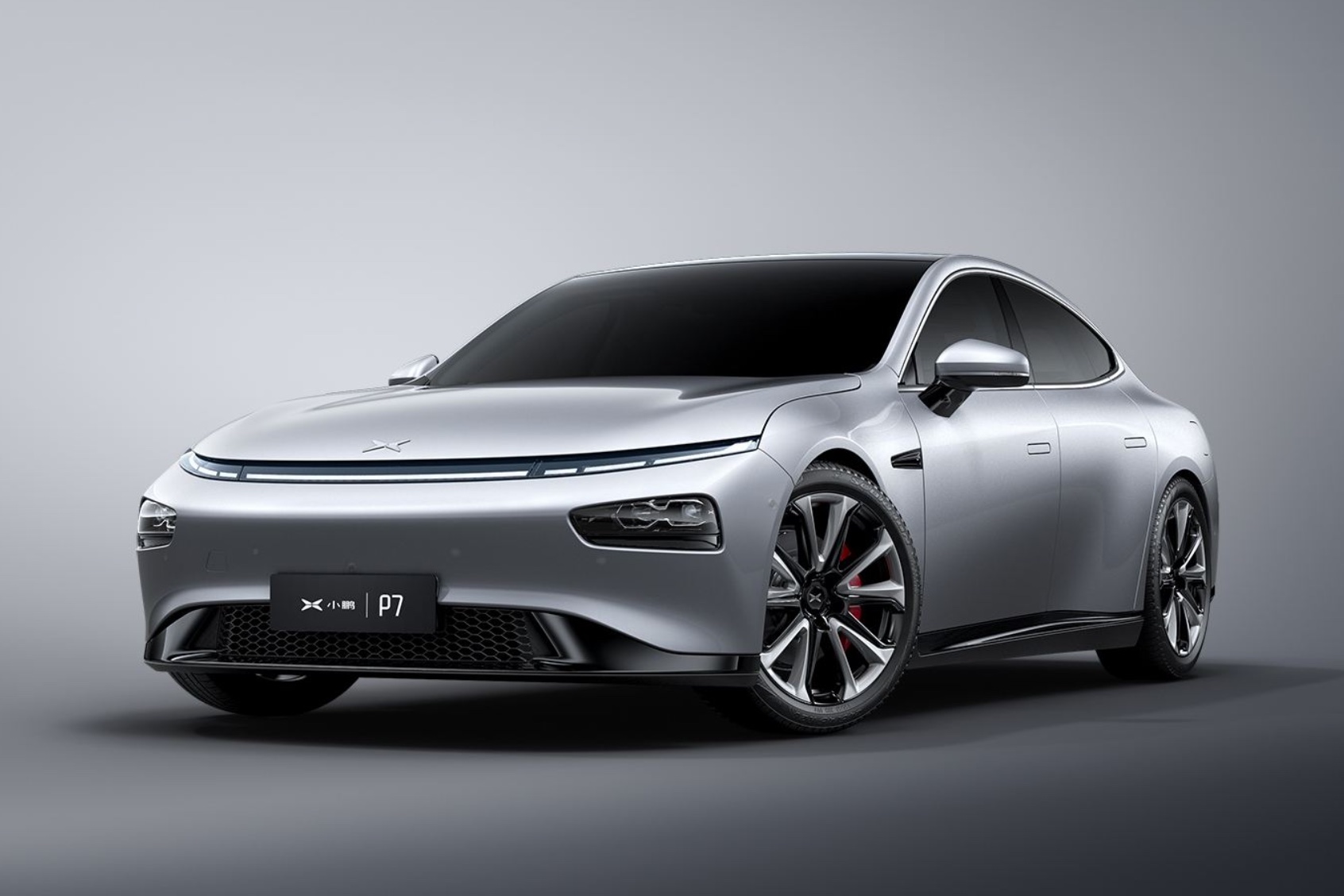 If that's the case, why do Chinese brands have to go forward and backward with their premium products?

In January this year, the first batch of China-made Model 3 officially rolled off the production line, with the standard range-extended version priced at more than RMB 300,000, and a large number of orders were already on their way.

After the initial order digestion in January and February, the China-made Model 3 achieved monthly sales of more than 10,000 for the first time, and in the following months has been the high level, even once exceeded 20,000. 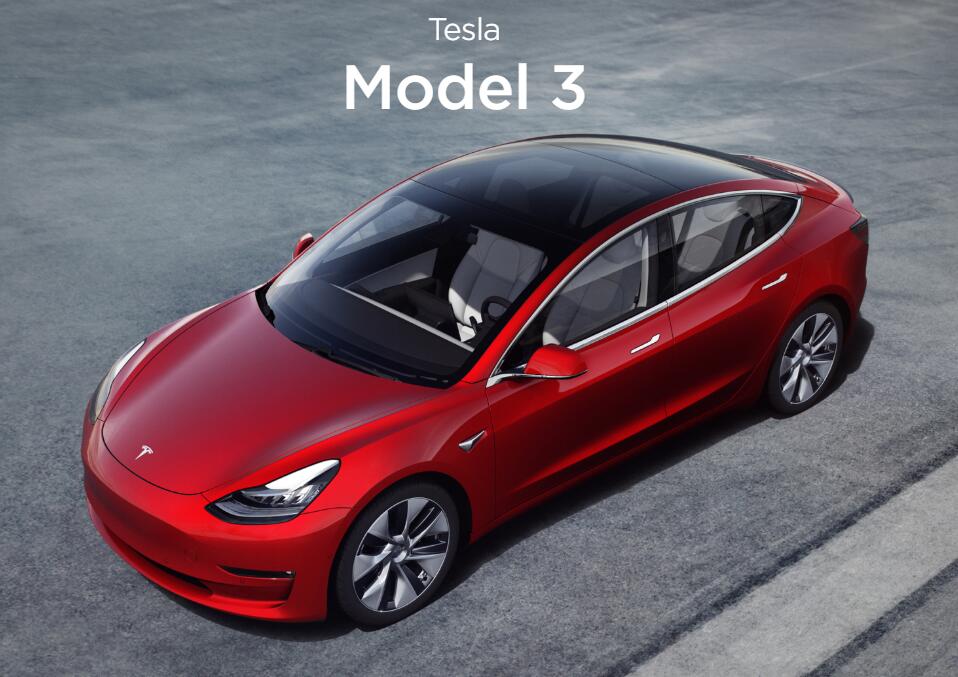 Industry insiders believe that the arrival of China-made Model 3, the most direct impact on the luxury brands in the same price class, such as BMW 3 Series, Audi A4L, Mercedes-Benz C-class.

Especially in the second half of this year, while the China-made Model 3 further reduced its price to develop the market, the sales of Mercedes-Benz C-Class, BMW 3 Series and Audi A4L remained stable, but thousands of new users were added to XPeng P7 and BYD Han every month.

The market with such potential is the destination for Chinese brands to become high-end.

On the one hand, new high-end carmakers such as NIO and Li Auto have yet to enter the RMB 200,000 market; on the other hand, joint venture brands have yet to launch large-scale electric products.

In the huge RMB 200,000-300,000 yuan market, competition is not yet fierce, and even a pure electric SUV with sufficient competitiveness has yet to emerge.

NIO isn't all that China's EV startup landscape has to offer; this company just went into liquidation

The challenge is to make differentiated products

Almost every new brand in China mentions Tesla when it's launched, and makes it its mission to snub Tesla.

But given the current state of China's auto market, the only one that comes close to Tesla in price and volume is NIO, and in contrast to Tesla's poor customer service, NIO is probably the most popular brand with the most customer loyalty.

With that in mind, is NIO's success model easy to copy or surpass? 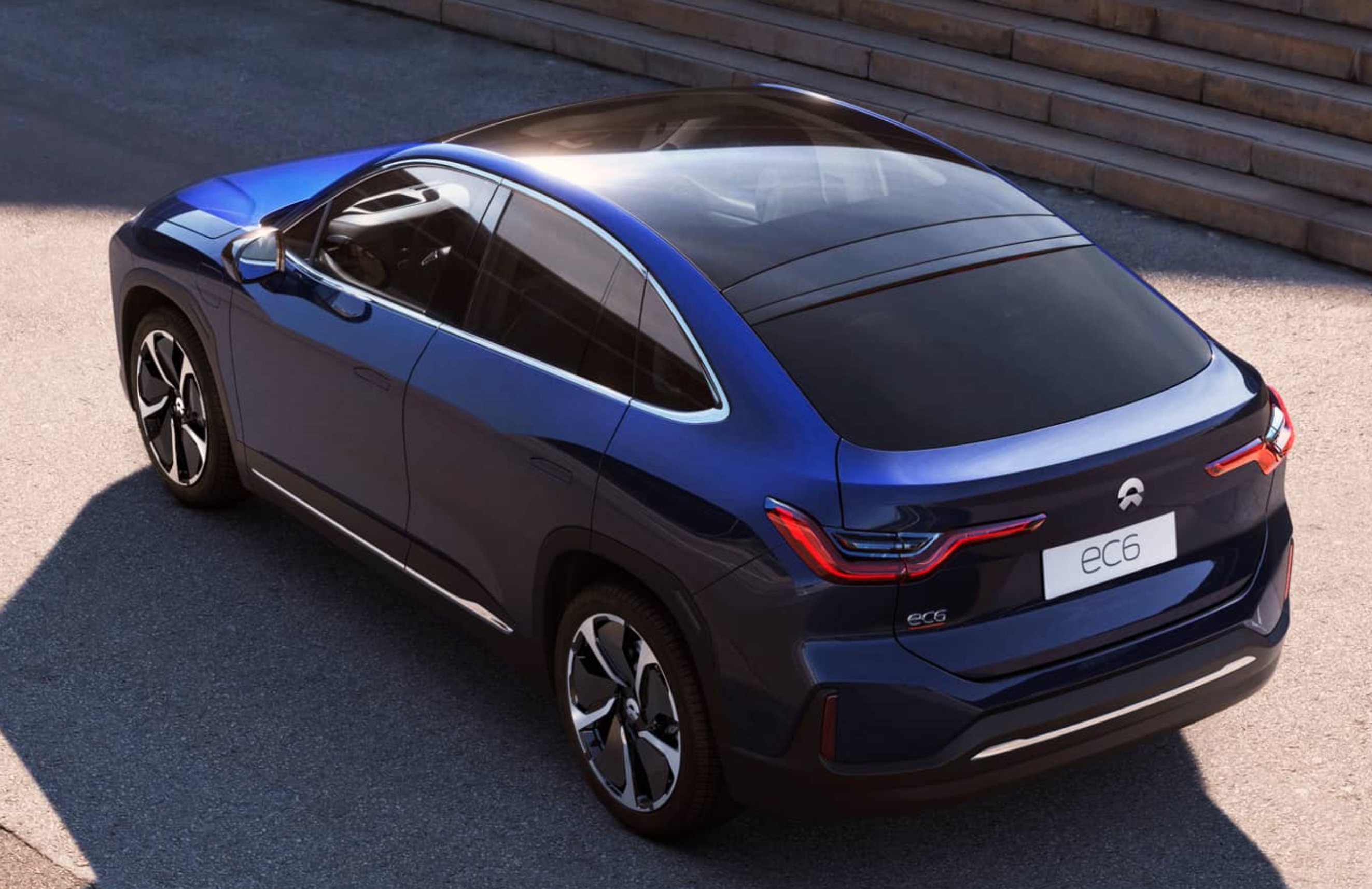 For a high-end brand with an overall price above 300,000 RMB, such a model sales ratio is very balanced and enviable to other manufacturers.

NIO has two outstanding product advantages: to battery swap as the core of the battery rental service system, from the user's point of view of the brand service concept.

These are the key points that directly affect the interests of users, and determine the close relationship between users and brands, as well as the degree of trust and recommendation of users.

In addition, what users care about is NIO's high level of investment in technology, intelligence, technology and other aspects of research and development capabilities.

NIO explains what FOTA is, as the feature celebrates its second anniversary

However, NIO's core strength is that it is a money-burning investment. For a long time, it has been a drag on NIO's cash flow, NIO's valuation, and has determined that NIO's models can only survive in a high price range.

At present, in the field of new energy vehicles, only NIO and Tesla is by the brand to establish a sound independent form of energy complement, and as a service.

The vast majority of Chinese brands in the premium segment have opted for another Tesla trait: high performance, strong intelligence, and a focus on quality hardware, such as a new electric platform, upgradable vehicles, intelligent interactions, and automated driving.

Many Chinese brands only see the performance and technology that a high-end car should have during its second venture, but not the new R&D structure, marketing model and cost control behind it.

For example, in the same price range of 200,000 RMB to 300,000 RMB, there is XPeng P7, which is sold through the Internet, and BYD Han, which is dragged down by the traditional distribution network.

Neither the BAIC Arcfox, Dongfeng Voyah nor the SAIC "L" project have their own, irreplaceable smart technology yet.

The BYD Tang EV and the GAC Aion LX, which were the first to enter the RMB 200,000+ market, are also hard to recall what their key features are.

Moreover, the process of Chinese brands hitting the high-end market has only just begun, and Volkswagen has already released the ID.4 in China. 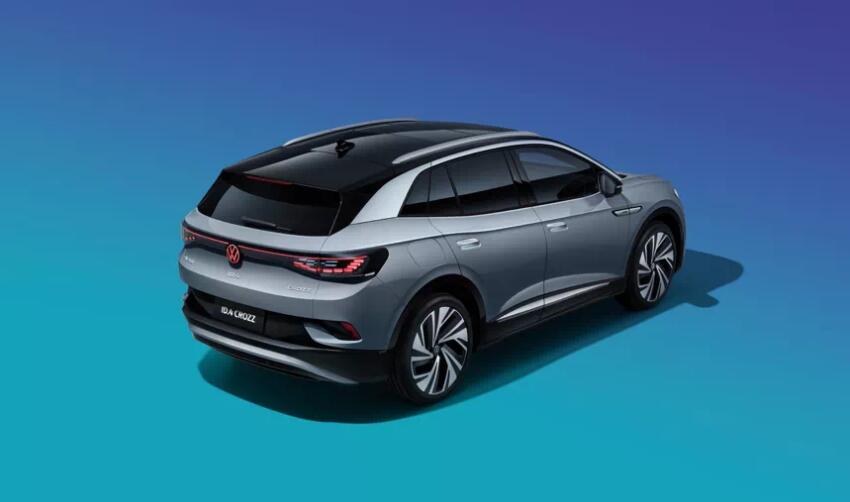 It is a new all-electric product priced at less than 250,000 RMB, which is comparable to the price of a traditional fuel-efficient car in the same class. It comes from the MEB electric platform, has a rear-wheel-drive layout, an 84kWh battery pack, a 550km range, and comes with VW's new attempt at intelligent innovation.

By next year, the competitive landscape will be even different as Chinese brands' high-end products enter the RMB 200,000-300,000 market.

With Tesla as the new carmaker and Volkswagen as the traditional carmaker, the road to the high-end market for Chinese brands will be full of opportunities and difficulties.